Okay. So I've researched my issue like crazy and honestly...it's been pretty annoying. To begin, I've ruled out most common troubleshoots, so try to keep that in mind.

So, I bought my switch roughly 6months ago. New in the box no issues. I prefer to dock my switch. I typically always docked it unless I wasn't able to. Never had an issue. Not even the slightest issue. Then randomly I placed my switch in the dock and it didn't project at all. The green light turned on, acknowledging the switch and charging it as well, but yea. Wouldn't display. So this is everything I did.

1. Checked the HDMI cable/switched out the cable with numerous others/switched the HDMI cord into other ports behind TV/Properly and Safely cleaned HDMI TV port and Dock HDMI port.

3. Checked AC adapter/made sure to directly plug into outlet/tried various outlets around house and other houses/tried a friends AC adapter and boyfriends and sisters (also did the whole "placed my switch into their dock which was working just fine prior when their switch was in dock" but again, once i put mine in...nothing. just the green light and the screen would turn off on the switch itself and my tv detects the switch as well. but tv shows no display. 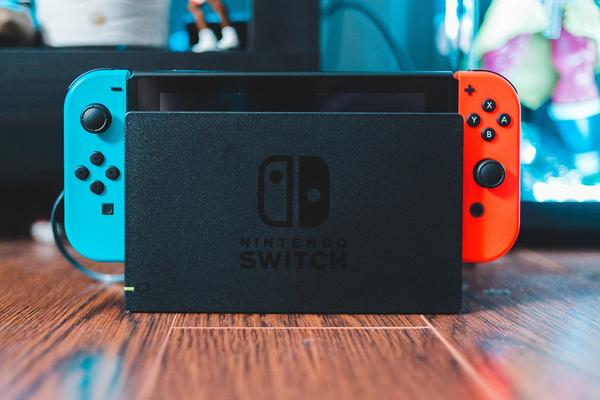 4. Yes I tried the whole unplug everything blah blah and then plug crap back in in a certain order....yes i've tried. I know how much google and most forums are insistent its either that or an ac adapter issue or a dock issue or a tv issue or HDMI issue...yea..I wish.

okay, there's more. oh yes and this next part is going to be hard to figure out due to the new switch and dock just came out and...i dunno. Here's what happen.

My boyfriend bought the new Switch OLED and with that switch he got the fancy new Dock. Well, I was hooking the dock up for him and he put his switch in and everything worked great for him...ya know ..playing his games on the TV and such...making me jealous. And well I took his switch out and decided it couldn't hurt and slid mine into the New Dock....The thing docked. It displayed to the tv. My heart sank. I almost cried tears of happiness.Until I started playing a game.Everything was fine...then the TV screen flickered. I ignored it. I could deal with a flicker here and there, but after 5mins of playing a game, ugh...