This innovative smart switch doesn’t require a hub, but it’s expensive and we found it difficult to set up.

Schneider Electric enters the smart lighting market with a series of in-wall Wi-Fi switches, dimmers, and outlets carrying its Square D brand. Marketed as the X Series, these Wi-Fi devices connect to 2.4GHz Wi-Fi networks only. The company says it will ship Z-Wave versions of this series in early 2022.

We review the X Series Wi-Fi Dimmer here; specifically, model number SQR226U1 supporting loads up to 600 watts. Schneider seems to aim this product at contractors, since it comes in a spare green box with just broadsheet installation instructions, wiring diagrams, and safety warnings. If you’re a novice who needs any level of handholding during setup—Schneider Electric recommends hiring a licensed electrician if you’re not familiar with the process—this is not the switch for you.

Cover plates are sold separately—more on that in a bit. On the upside, this switch can be used for both single-pole and three-way applications, and that latter scenario does not depend on a Square D companion switch—you can reuse whatever three-way switch is already at the other end of the circuit.

This review is part of TechHive’s coverage of the best smart light switches and dimmers, where you’ll find reviews of the competition’s offerings, plus a buyer’s guide to the features you should consider when shopping for this type of product.

The dimmer itself consists of two buttons that function like a more common rocker switch: A short press on the upper button turns a connected light on, and a short press on the lower button turns it off. Pressing and holding the lower button dims the light, while doing the same on the upper button brightens it. The dimmer remembers the last brightness setting when the switch is turned off and returns to that state when it’s turned back on.

Note, however, that unlike some other in-wall dimmers, there is no calibration system here. This can make for problematic dimming with some types of bulbs, particularly older LEDs. Also, the buttons are quite stiff and can take considerably more pressure to activate than competing switches. This could be a problem for some users, including seniors and young children.

Connectivity comes via screw terminals with pressure plates on the sides as well as push connections on the back. I tried both methods of wiring and found the push connections to be on the loose side; the wires would sometimes pop out while I was pushing the switch back into the wall. The pressure plates, meanwhile, are nearly impossible to disengage, which forced me to connect wires to the screw terminals directly. 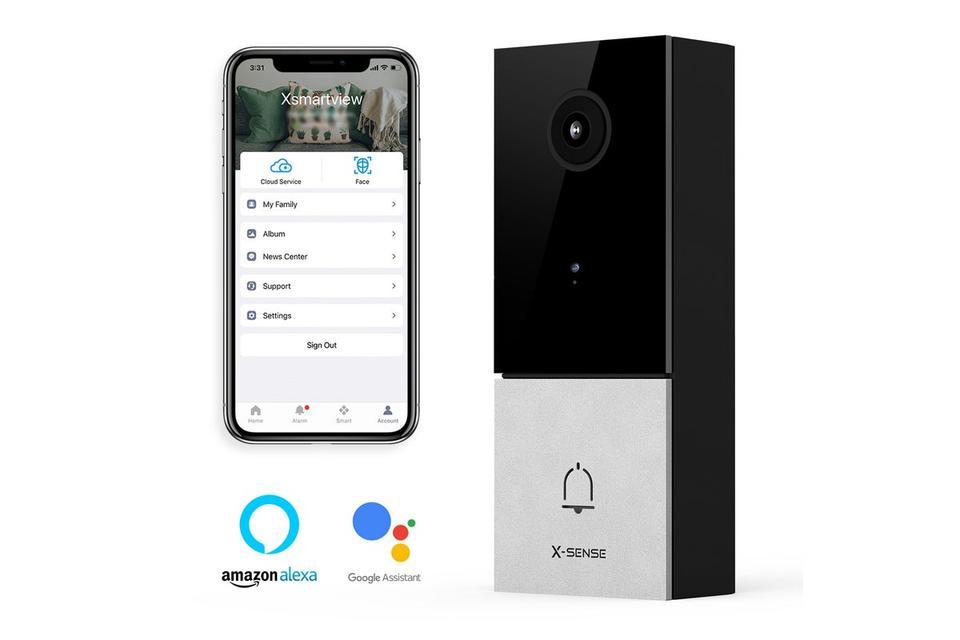 There’s not a lot of clearance under these screws, which made this process difficult. Square D does not include pigtails or wire nuts, so I had to supply my own to connect the switch to both the neutral wire (which is required) and the ground wire, both of which were ganged with like wires inside my box. This added complexity to my install.

Once installed and secured in the wall, I turned to Square D’s Wiser Home mobile app. Setup at this step requires you to either scan a QR code that’s provided on a sticker in the box or to manually type in a complex alphanumeric SSID and passkey, totaling 32 characters. Do not lose these stickers; without them the system will be impossible to connect to your Wi-Fi network.

Getting the Wiser Home app going was a halting affair, punctuated by frequent disconnects from the network or the device, with lots of “Unknown error” messages popping up in the app. I spent about 45 minutes of tinkering before the device was fully connected, and after that the app informed me that a firmware update would be installed in the background sometime in the next hour, taking some functions offline for a bit.

The app itself is attractive, the primary screen including weather conditions, current sunrise and sunset times (handy for the scheduling system), and quick access to manual controls. You can’t control brightness levels from the primary screen, but you can turn the switch on and off here. You’ll need to drill down to the detail screen for more fine-grained control, which includes a simple slider to set brightness.

Two extra features are available in the app: a capable scheduling system—with support for the aforementioned sunrise and sunset options—and a basic energy-monitoring system, though the latter is limited to providing only the real-time power draw and the total energy consumed over the last 24 hours. You’ll need other Wiser Energy hardware in your home if you want to get more detailed than that (Schneider Electric has a real-time energy monitor that operates inside your circuit breaker pane, among other things). Oddly, power consumption is measured down to the thousandth of a watt, which seems like overkill when it comes to detail. Basic voice control features are available via connections to Alexa and Google Home devices.

About the cover plate: As mentioned earlier, the dimmer doesn’t come with one, but you can use any rocker-style cover (e.g., a Decora plate). Schneider offers its own “screwless” cover plates (and cover frames, for multi-gang boxes). These are two-piece devices where you screw a backing plate to the switch and then snap on an exposed cover plate that hides the screws. Other manufacturers make these as well, and any of them should work. Schneider’s Square D XD-series of cover plates are fancier and come in different colors and finishes, but they’re not yet available for sale and the company didn’t provide one for this review.

The Square D X Series Wi-Fi dimmer’s $50 MSRP is in line or slightly higher than similar products from competing premium brands: GE Lighting, Leviton, and Lutron, for example. But similar products from brands like Jasco, TP-Link, and Treatlife cost considerably less. A more polished app and the availability of the XD-series cover plates might improve this product’s value proposition down the road, but the device won’t get any easier to install physically, and that makes this product tough to recommend highly today.