Is Your Samsung Screen Bleeding? What to Do if Your Phone Screen Has That Ink Blot Pixel Damage

Damaged phone screens usually come in the form of a cracked or chipped screen. However, ink blots and bleeding pixels can equally be a problem for your Samsung. Find out what you can do when you are faced with a bleeding screen.

According to Samsung, a broken LED screen can also suffer from ink blots and bleeding pixels. Blacklight bleeding can also be an issue with a broken screen, Mobile Screen Fix added.

Ink blots are the round spots of dead pixels in the screen that may have been subjected to a more gradual pressure that did leave the front glass intact but damaged the screen underneath, Samsung explained.

Bleeding pixels usually show up after the device sustains impact to the edge, and it causes rows or columns of pixels to glitch and displays black or oddly colored lines.

Blacklight bleeding can be a more subtle sign of screen damage but can escalate to a very obvious problem. This happens when the LCD screen is not perfectly adhered to its frame anymore, It Still Works explained. The light shines through the edges of the screen and can be visible when viewing darker images or displays. Blacklight bleeding may not be as obvious when viewing lighter images. 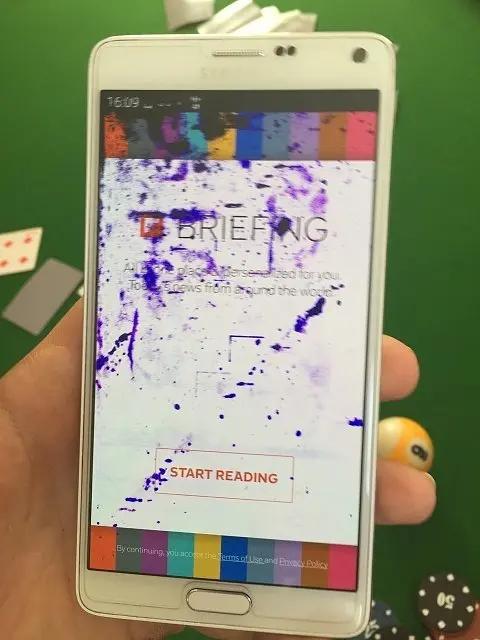 Pixel bleeding and ink blots can worsen over time, per Mobile Screen Fix. The LCD has sustained a lot of damage, and it can "spread" to other parts of the screen. Blacklight bleeding has not been found to worsen over time. However, it can affect the way you view certain images or displays. It is also a clear indication your phone has been damaged, and until diagnostics are run, it is unsure just how far the extent of the physical damage is.

(Photo :Ashkan Forouzani/Unsplash)Broken LED screens can suffer from ink blots and bleeding pixels, aside from cracked and chipped glass. Blacklight bleeding can also be a problem with a broken screen. Pixel bleeding and ink blots can worsen over time and repair is required the soonest.

What to Do With a Broken, Bleeding Samsung Screen

Unfortunately, turning the device on and off or rebooting it will not help fix the problem. The screen is physically damaged, and therefore a physical replacement of the screen is required.

Urgency required more so for those screens suffering from inkblots and bleeding pixels since the problem does worsen over time. For Samsung phones suffering from backlight bleeding, the phone owners can still choose to continue using the phone if they wish. However, do note that the seal around the frame or cracks on the screen from the impact can still very much compromise the rest of the phone's housing and interior.

The Samsung phone has sustained substantial physical damage, and although most of the obvious signs are on the outside until a professional has taken a peek inside, there could be damage done to the inside of the phone as well--leading to a faulty battery or loose hardware. This then could possibly cause your phone, in the worst-case scenario, to give up out of the blue, possibly with no way of retrieving the data in it if you have not backed up the data in the phone.

On that note, backing up your phone on a regular basis is a good habit of getting into so that should anything happen to your phone, the precious data in it is not harmed.

For screen replacements, have it done by a professional like Samsung Authorized Service Centers such as uBreakiFix. It is also best to check the phone's service contract and warranty to see if you can get a discount on the repair.

Do not attempt to replace the phone screen yourself if you have not had prior experience or you feel like you do not have the skill set necessary. Please seek the services of an expert so as not to cause more damage than good.