It may seem strange to call a series set in the porn industry “sweet,” but that’s the best way to describe HBO Max’s highly entertaining Minx. At heart, it’s a workplace comedy about an adult magazine for women in the 1970s, led by a mismatched duo with different methods for achieving the same goal of success. It doesn’t shy away from the difficult social issues of the era, but this isn’t a gritty take on the dark side of the adult industry like David Simon and George Pelecanos’ The Deuce, which takes place around the same time on the opposite coast. The LA-set Minx comes closer to Netflix’s GLOW, another likable, upbeat series about women finding empowerment by infiltrating a sexist, largely male-dominated industry.

Doug sees an untapped market in newly liberated women who want the same kind of stimulation that his male readers get from his existing titles. He sees Joyce’s magazine as a way to accomplish that, combining her smart feminist writing with photo spreads of naked men. Joyce talks a big feminist game, but she’s a bit of a prude at heart and initially balks at the idea of objectifying men in the same way that Doug’s other titles objectify women. However, it’s obvious that Joyce and Doug will soon form a successful partnership, even if they continue to have different priorities for what the magazine should be about.

Renamed Minx, the magazine is a fictional part of the very real vanguard of women-focused erotic magazines in the 1970s. Joyce is fighting for major social change, including things like equal pay and reproductive rights, but creator Ellen Rapoport keeps Minx mostly lighthearted and character-driven. Lovibond and Johnson have excellent chemistry as wary colleagues who come to see each other as equals. It’s refreshing that the show isn’t trying to push them into a romantic relationship, at least not in the five episodes provided for review. Instead, Joyce finds herself drawn to the hunky but dim fireman who becomes Minx‘s first cover model and is her introduction to the world of casual sex.

Joyce can seem a little overly naïve for someone who’s so politically astute, but Lovibond plays both her sexual awakening and her dedicated activism with charm and enthusiasm, and the show never presents her as shrill or whiny. Rapoport applies the same generosity to Johnson as the sleazy but good-hearted Doug. He runs an inclusive workplace that includes a Black woman as his second-in-command (even if he still calls her his secretary), a gay man as Minx‘s head photographer, and a once-and-future model as Joyce’s sounding board and “centerfold coordinator.” 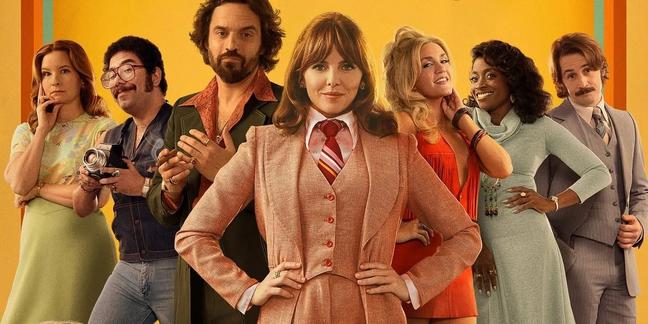 As much as Lovibond and Johnson anchor the show, it’s Jessica Lowe as centerfold coordinator Bambi and Lennon Parham as Joyce’s open-minded housewife sister Shelly who really make Minx work. The two provide contrasting visions of womanhood that are perfectly aligned in the pages of Minx. Bambi becomes an avid reader of feminist literature, and Shelly becomes an expert on sex toys. The two of them, even more so than Joyce and Doug, point toward a bright future for women.

RELATED: Lord of the Rings Boss Assures Fans, There’s No Game of Thrones ‘Levels of Violence and Sex’

Of course, the actual future for women is filled with setbacks and hostility, and Minx sometimes glosses over that in favor of giving Joyce and Doug big triumphant moments against chauvinistic men. However, they’re easy to root for, and it’s nice to see them achieve small victories, even when larger battles still loom. Minx isn’t Ryan Murphy’s Hollywood, rewriting actual history to unrealistically favor marginalized groups. It’s a show that cares about its characters and wants the best for them, finding entertaining ways to make that happen within a larger context of continued struggle.

Like its namesake magazine, Minx is also sexy and flirty, full of matter-of-fact full-frontal male nudity, along with a good amount of female nudity as well. It’s just another day at the office at Bottom Dollar, where Doug is running a quietly progressive company but also has no illusions about the service he’s providing. The balance between those two sides is what makes both Minx the magazine and Minx the show enticing and enjoyable.

Josh Bell is a freelance writer and movie/TV critic based in Las Vegas. He’s the former film editor of Las Vegas Weekly and has written about movies and pop culture for Syfy Wire, Polygon, Inverse, Film Racket, Crooked Marquee and more. With comedian Jason Harris, he co-hosts the podcast Awesome Movie Year. Follow him on Twitter at @signalbleed and on Facebook at Josh Bell Hates Everything.