The Republican-led Legislature used this year’s session to wage culture war in advance of elections in November. Gov. Ron DeSantis already signaled his support for much of the most-divisive legislation, but other bills that fell under the radar amount to bad politics and bad public policy, too. Here are three that deserve the governor’s veto. 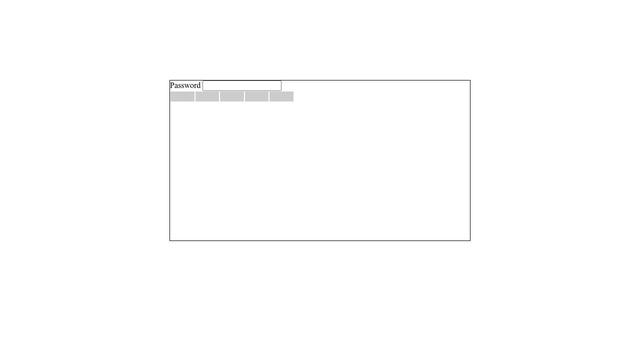 Fleecing local taxpayers.It’s bad enough that Florida legislators have expanded the nanny-state to micromanage local governments. But a so-called “pro-business” bill that conservative lawmakers pushed this year could seriously restrict local communities from protecting their quality of life, while exposing local taxpayers to untold millions of dollars in damages. Under the bill, SB 620, businesses whose revenues decline by at least 15 percent as a result of a local ordinance or ballot initiative would be allowed to sue cities and counties for damages. To qualify, businesses would have to be open for three years before the aggrieved ordinance took effect, and longer-term businesses could recover lost profits for up to seven years. This will unleash an avalanche of frivolous lawsuits, as predatory businesses roll the dice in court, and as other companies use the measure to bully cities and counties from cracking down on everything from strip clubs to pill mills and nuisance bars. Florida TaxWatch, the business-backed research organization, has estimated that the legislation would “lead to a number of financially motivated and malicious lawsuits, costing local governments over $900 million annually” because local governments would be forced to increase taxes or reduce services to cover legal fees. This is a thoughtless piece of legislation that rewards bad actors at the expense of hard-working Floridians.

Hiding public notices.Lawmakers upset with unflattering newspaper stories and editorials may have been looking for payback, but a bill that would hit publications in the pocket would be damaging to the public, too. HB 7049 would strip Florida’s newspapers of revenue from legal notices. In Florida, local governments are required by law to publish certain notices in print newspapers or on newspaper websites. Those notices include updates on government meetings and budgets, code enforcement notifications and hazardous waste disposal notices. But the measure that cleared the Senate (26 to 13) and the House (79 to 40), mostly along party lines, would eliminate the requirement for local governments to publish thosenotices in a third-party publication. Instead, governments would be allowed to publish them on a county website. That’s an invitation for local governments to bury vital information from their constituents. Governments would have no incentive to publish legal notices in a way that was easily accessible for Floridians. The legal notices could be strewn across 67 different county websites instead of the centralized clearinghouse run by the Florida Press Association. People with relatives, property, businesses or a range of interests or holdings across Florida would have a harder time keeping tabs on their affairs. “If I wanted to hide something from the public that’s required to be noticed, this is exactly the process I would use,” said Sen. Jeff Brandes, R-St. Petersburg, who opposed the measure. While newspapers including the Tampa Bay Times stand to lose financially, the public would lose an invaluable tool in accessing vital public records and holding their governments accountable.

Giveaway to utilities.Who thinks it’s smart politics in an election year to take more from cash-strapped Floridians and hand it to the electric utilities? But that’s the effect of HB 741, a top priority of the state’s largest utility, Florida Power & Light. Florida homeowners would have until Dec. 31, 2028, to install rooftop solar systems before all incentives disappear under the bill, a concession that critics say will decimate the state’s growing solar industry. The legislation phases out current billing credits for homeowners and businesses that sell excess energy from their solar arrays back to the utility companies. And if the phase-out that starts in 2024 results in a surge in new rooftop solar installations across the state, the state’s monopoly utilities may ask state regulators to raise fuel surcharges on all other customers to make up any lost revenue. In other words, heads they win, tails you lose. This bill is a bipartisan shame; the House passed it (83-31) with six Democrats in support, and the Senate (25-15) with Sen. Brandes in opposition. The legislation is a major defeat for Florida’s growing solar industry, threatening 40,000 jobs in the state. Polls show that rooftop solar is popular with Florida voters and that a large majority think the utilities should make it easier to install. The governor has a chance to protect his own party from a pocketbook issue in the November elections.

Editorials are the institutional voice of the Tampa Bay Times. The members of the Editorial Board are Editor of Editorials Graham Brink, Sherri Day, Sebastian Dortch, John Hill, Jim Verhulst and Chairman Paul Tash. Follow @TBTimes_Opinion on Twitter for more opinion news.