Your smart bulbs aren't dimming the way you think they are. Here's why

I use voice commands like that to control the smart lights in my own home all the time. It's truly one of smart lighting's best perks -- with a single voice command or a tap in an app, you can set your lights to the exact level of brightness you'd like on a 100-point scale, typically with zero flicker whatsoever.

Other bulbs, however, take a logarithmic approach, with the lumens quickly plummeting to lower-than expected levels as you dial things down. Tell Alexa to set a bulb like that to 50%, and you might only actually get 25% of the lumens you'd get at full brightness. What gives?

The answer is admittedly wonky, so bear with me here, but it's fascinating, and it comes down to the difference between measured brightness and perceived brightness. And in the end, the science of how our eyes work supports the logic behind logarithmic dimming -- but it isn't a perfect approach.

So what kind of impact can those dimming curve differences make in the way these bulbs light your home? That's what I wondered.

To get a look at these bulbs' dimming curves, I loaded each one into our lighting lab's integrating sphere, then used the built-in spectrometer to measure the brightness at all 100 dimmable settings. With several hundred readings to get through, this was a tedious process, because whenever you dim an LED down, it uses less energy and produces less heat. This, in turn, makes the bulb get a bit brighter. You can sort of see the effect in that TP-Link graph above left -- it takes a linear approach to dimming, but as I dimmed it down to take measurements, those readings started to lift away from the dotted line representing the target.

It's not a noticeable change to the naked eye, but for plotting out accurate dimming curves in a Google Sheet, it was a bit of pain. I've done my best to keep the readings as accurate as possible for the purposes of those graphs, but go ahead and assume as much as a 10% margin of error on the specific lumen counts, particularly in the middle of each dimming curve.

I started by taking a look at several of the relatively affordable smart bulbs that I wrote about in my latest buying guide here on CNET. Four of them -- the Philips Hue White LED, the Lifx Mini White, the C by GE Soft White Life LED and the Cree Connected LED -- took a logarithmic approach to dimming. The other three -- the Eufy Lumos Mini LED, the Sengled Element Classic LED and the TP-Link Kasa KB100 LED -- kept things more or less linear. 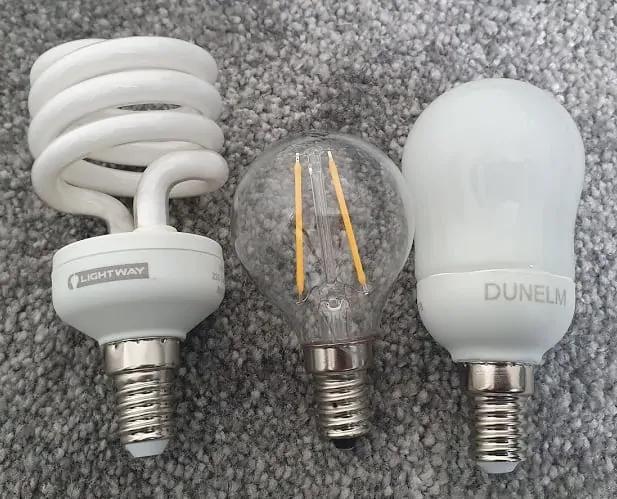 One obvious difference is that the logarithmic bulbs offer less measurable light than you might expect in the bottom half of the dimming curve. I noticed the biggest difference with the Lifx Mini White LED. When set to 50%, I measured it at 151 lumens, which is just 23.4% of the bulb's maximum lumen output at the 100% setting.

On top of that, logarithmic bulbs like the Philips Hue White LED that really flatten things out at the very bottom of that curve don't actually offer much of a difference at all within any of the bottom 15 settings or so. In fact, the 1% and 10% brightness settings with the Hue White LED were only separated by 2 lumens.

And that's the crux of the argument. A bulb that uses a linear dimming curve won't offer much of a change in perceived brightness in the top half of that dimmable range because it doesn't dim down fast enough. In other words, the settings above 50% or so will all look awfully similar.

The logarithmic approach makes it so you'll notice a change in perceived brightness right away as you dial things down. Basically, you want a bulb's measured brightness to fall quickly as you dial down in the top half of its dimmable range, then more gradually in the bottom half.

Lifx explained its own logarithmic dimming curve in similar terms. "We're more sensitive to changes in dim light sources than bright light sources," says Lifx spokesperson Charlie Felton. "Basically, the perceived change in brightness to our eyes is not linear, so a logarithmic curve tries to correct for this and give a linear perceived brightness change."

The lighting industry supports that explanation. Here's what the Lighting Controls Association, a council of the National Electrical Manufacturers Association, says about dimming curves:

"An analogy to this is found in audio control. While the 0-10 scale on the knob appears to indicate a linear relationship, in fact, audio controls are based on a curve reflecting the nonlinear human response to sound. We are more sensitive to changes at low sound levels than high, so to make controls more natural feeling, an exponential formula is applied to deliver sound level changes that feel more natural. Response to light is also nonlinear. We respond to small changes in low light levels more than at high levels."

So what do different dimming curves actually look like?

It's clear that the logarithmic Lifx Mini White LED there in the top row offers a much better diversity of brightness settings in the upper half of the bulb's dimmable range. That's because of the logarithmic approach, which dials the brightness down much faster at those high settings.

That also means that the actual lumen counts with Lifx are a lot lower than the settings suggest. For instance, the 60% setting only gives you about 220 lumens -- about 35% of the bulb's maximum lumen output. With TP-Link, you have to dim all the way down to the 27% setting before you'll hit 220 lumens. That might sound like the Lifx Mini White LED and other logarithmic bulbs like it are off target, but they pass the eye test, and that's what matters. The logarithmic approach checks out, at least at settings above 50%.

But what about the settings below 50%? Bulbs with logarithmic dimming curves dial the lumens down much faster than their linear counterparts, and that leaves less room for differentiation at the bottom of the scale. The Philips Hue White LED was the worst offender, with just 2 lumens separating the 1% setting from the 10% setting -- the Lifx Mini White LED wasn't much better with a difference of only 7 lumens.

Over at Philips Hue HQ, Yianni explains that it's all relative. "A change of 2 lumens is really a lot for your eyes if you're starting at 10 lumens, while 2 lumens is insignificant if you're at 800 lumens," he told me.

But take a look at those bottom settings with the Lifx LED as compared to the Kasa LED. The results are the opposite of what we saw before -- it's now the linear Kasa LED that shows distinct changes in perceived brightness, while the logarithmic Lifx LED barely changes at all. That makes sense, because bulbs with linear dimming curves have more lumens to work with at low settings. With the Kasa LED, the difference between the 1% and 10% settings is 76 lumens -- more than 10 times the difference you get with Lifx.

Get to the point. Which is best?

Neither approach is perfect, but you'll get a greater number of dimmable settings that pass the eye test if you use a bulb with a logarithmic dimming curve. With logarithmic bulbs, you won't see much of a difference in brightness between any of the bottom 10 or 15 settings -- but with the linear approach, you'll have the same problem with the entire upper half of the bulb's dimmable range.

Logarithmic bulbs "fast-forward" through the upper part of the scale where brightness settings all look the same, and that makes for better dimming and a better overall variety of dimmable settings. I just wonder if there's a way to have it both ways -- logarithmic-style dimming at the top, and more of a linear approach down at the bottom. I'll keep testing smart bulbs like it's my job, and if I find a bulb like that, I'll let you know all about it.