Swapping the Pringles tube trim for a spherical style means the latest Echo looks like a sci-fi crystal ball, especially as it now illuminates from underneath. But the real magic is inside: the updated Echo comes with a Zigbee smart hub, so you can hook up smart devices such as Philips Hue lightbulbs without having to install a separate bridge. 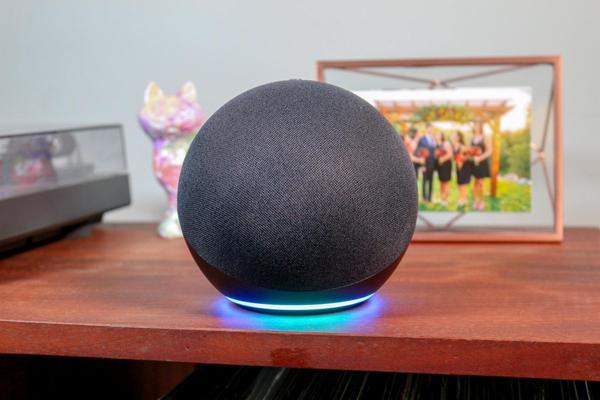 You’re also able to take greater control of through with Amazon’s companion app. New Routines automation lets you schedule different actions, such as your office lights turning off when it’s time to stop working. This builds on the 100,000 third-party Skills that you can download to power up Alexa’s abilities.

Despite the Echo’s orb-like appearance, the speakers inside aren’t omnidirectional – but that’s not really an issue if you put it in a corner. Treble trouble does mean audiophiles who demand hi-fi quality might prefer the Echo Studio; but in terms of sound per pound, the 3in woofer and dual tweeters with Dolby Audio are hard to beat. Its beefy bass also banishes the biggest weakness of the old cylindrical design. With added smarts and superior sound, this Echo easily outperforms its price tag and ensures Alexa remains our go-to robo-assistant.

Or for superior sound…Amazon Echo Studio (£190)