In an announcement this week, U.S.-based GEIOS Energy Limited and partners PT Global Aiden Teknologi in Indonesia report having secured the contract and financing to provide a closed loop geothermal solution for district cooling and heating on Bali Island, Indonesia. The contract will enable the drilling of the eight wells to implement a district cooling and heating plant for the AIDEN project that is operated by INCHEON SMART CITY Corporation Korea in Bali. We have been reporting on plans and challenges to the development of conventional geothermal in Bali before.

Bali Island is well known for its particular tectonic and volcanic arc location, as it lays on the ring of fire. The selected area is very close proximity to the subduction zone as well as it’s underground capacity being greater than other areas in Indonesia. To avoid disturbing the underground structure, PT Global Aiden Teknologi has selected the GEIOS technology for its unique method of capturing heat in Indonesia. GEIOS targets inoffensive heat transfer with low risk instead of the conventional mass transfer which often results in complex environmental issues related to CO2/sulfur emissions among others.

Most of the geothermal systems that supply heating/cooling power to the grid today utilize hydrothermal mass resources. This previous generation technology is based on mass transfer, and it naturally taps into occurring tectonic conditions in the Earth’s crust which is usually combined with heat, reservoir groundwater, and rock configuration for the recovery of heat energy. The heat is usually recovered through man-made injection and steam recovery with production wells to harvest hot water or steam. 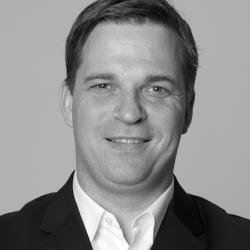 The company’s innovative method of targeting deep, hot, and dry bed rock and hot sediment aquifers (which represent 98% of the global geothermal availability while hydrothermal representing only 2%) has allowed GEIOS to begin a major revolution, using a newly patented exo-coating solution, based on complex mix of nanoparticles with graphene powder in the close loop system or heat exchanger pipe, allowing the organic fluid to boost this heat capture process by 56% (compared to conventional pipes) and convert the heat extracted from the hot dry rock into high supercritical thermal heat for steam generation.

The converted thermal heat will be extracted from the hot dry rock that is located beneath the surface at a depth of 3400 meters. The District Cooling Plant will then use absorption chillers to produce more than 500 MW of cooling power supported by eight deep wells.

This cooling plant will power the entire AIDEN Healthcare Smart City, containing 56 buildings located in Bali, spread over sixty-four (64) hectares of land. The healthcare city needs heating for the wellness medical therapeutics zone and we will support also for agriculture usage.

The GEIOS district cooling plant schematic design studies have been finalised, and have since received local governmental approval as well as the endorsement of the ESDM (Ministry of Energy of Indonesia). The IMB for preliminary drilling is currently in the process of completion, after which drilling is predicted to commence August 23, 2020, kick off.

Due to poor coal supply in the region, GEIOS technology aims to replace electrical based technology with a lithium bromide thermal cooling solution. With this replacement of power sources, GEIOS intends to offset the electricity consumption and need at site, and reduce overall carbon footprint.

Several operators have been consulted for the operation of the facilities, which includes a main underground network of piping and several (plug and cool) substations that will provide cooling; hot water; and water and heating to each building by phase and connection demand. The project will save more than 80 MW of electricity when compared to that electricity produced by coal.

“We strongly believe that the energy available in abundance beneath our feet on the hot, dry rock is totally sufficient to provide cooling and heating for the complete site of the new AIDEN project initiated by PT Global Aiden Teknologi”, so the company in the statement.