Smartphones with on-board pen support may remain strong in terms of popularity, if Samsung's rumored plans to upgrade the S22 Ultra to this feature are anything to go by. Now, Motorola will allegedly serve the same demand by keeping the Moto G Stylus line going into 2022.

Furthermore, this new variant is now said to come with something fans of the series might have expected to see last year: a 90Hz refresh rate. Then again, this putative upgrade might come in a screen re-used from the Moto G Stylus (2021): yes, that would be a 6.8-inch FHD+ IPS panel yet again. 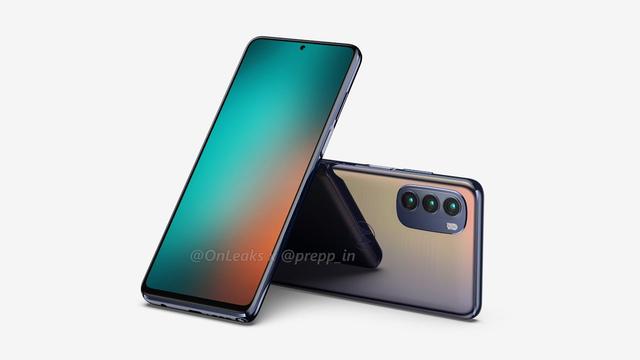 This screen is now believed to be driven by a MediaTek Helio G85 SoC. Should this be the case, not only might the "G Stylus 2022" have slightly elderly silicon on its launch, but it would be G/LTE-only. This is a slightly disappointing prospect as the OEM did introduce 5G to the series already, and even more so as it could consolidate its 2 variants into 1 phone for 2022, especially given the prevailing market conditions.

On a brighter note, the next Moto G Stylus is now tipped to upgrade to a larger 5,000mAh battery. It is also tipped to launch with triple rear cameras in place of quad shooters - however, this may mean it drops the potentially pointless 5MP macro lens of yesteryear.

OnLeaks (in partnership with prepp.in) asserts that these 3 shooters are to include a 8MP main lens, as in the 2021 G Stylus; however, the XDA claims to have heard it will be 50MP (the Samsung ISOCELL JN1) instead. The other 2 will be 8MP and 2MP as before, with a possible punch-hole 16MP selfie camera from OmniVision.

Otherwise, the G Stylus 2022 is now backed to retain a 3.5mm headphone jack andor 6GB RAM SKUs. On the other hand, there may be no NFC or dual-SIM support to be found here. However - and potentially most critically - the pen-silo-touting phone is slated to ship with Android 11, with only 1 major software upgrade to follow. Hopefully, Motorola will confirm or deny this detail soon.