I dig smart lighting, especially being able to control the lights in my house with a mobile app or my voice. But I absolutely do not love paying a boatload for them. As convenient and clever as Philips Hue bulbs are, they're crazy expensive. Recently there's been a compelling alternative popping up all over Amazon called Govee. This company's produced a ton of new smart LED products which compete directly with many of the more expensive Philips products. Today, an octad of Govee lights including car interior lights, atmosphere-inducing string lights and dramatic light bars are marked down on Amazon, some as as much as 44%.

See it at Amazon

I've personally used several of Govee's illuminators and have nothing but good things to report. Setup and connection with the app are simple; as is controlling these lights and connecting to music, especially if you're hooked up to Wi-Fi. They also produce a brilliant LED glow and seem solidly built. The app even connects to Alexa and Google Assistant, so you can quickly and easily add both voice control and presets for different times of the day.

Find a few of our top picks below and the entire lineup of Govee lights on sale here. 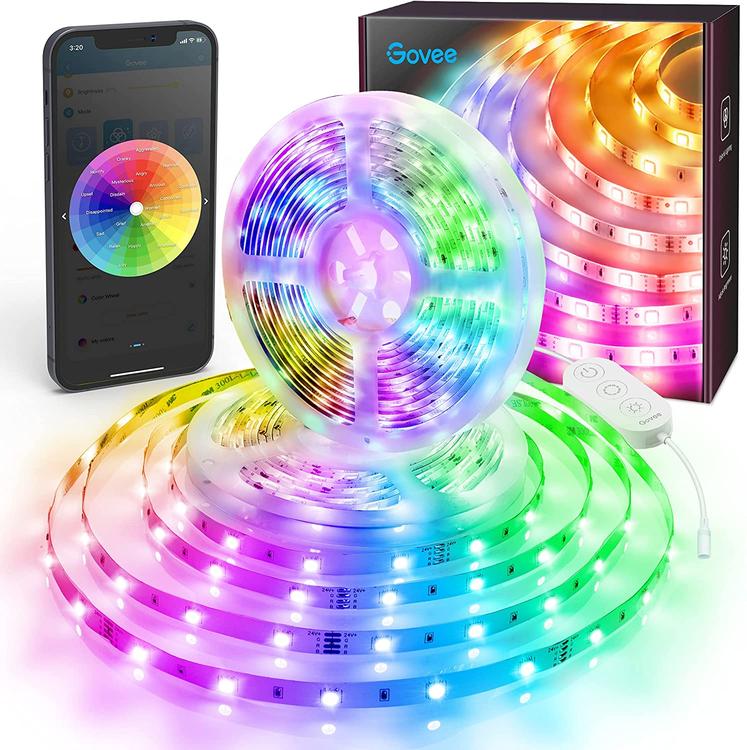 Govee has tons of lights for the home but these were designed especially for your car. They'll give the interior an LED glow in the color scheme of your choosing and sync perfectly with the music. So yeah, I think it's safe to say they're going to look pretty cool.

I've had some personal fun with this 33-foot Govee LED strip that offers 300 individual LEDS with a smart controller packed with features. The Govee app will allow you to control the color of multiple sections at once, and the light strip itself has a microphone built in so you can enable a music mode and have your lights dance with the music.

I've also used these shatterproof string bulbs and found them to be both sturdy and bright. Like most of Govee's other lights, they can be controlled by the app to fit nearly any lighting scheme you can think up and sync with the music thanks to built-in microphones. I can't think of a faster way to add some atmosphere to an outdoor space.

You can also snag the longer 96-foot string of these same bulbs for $44.

While light strips will provide a more nuanced glow, the light bars send ambient light from one concentrated source to lend some drama to a particular spot in the house like your TV setup or sound system. They also work with the app and sync to music with ease.