Samsung has quietly announced a new wireless keyboard, the Smart Keyboard Trio 500. According to a listing on Samsung’s store spotted by Max Jambor it’s a compact wireless keyboard with a very similar design to the likes of Apple’s Magic Keyboard, but with an interesting Samsung twist — a DeX shortcut to use the desktop-style interface on compatible Samsung devices. 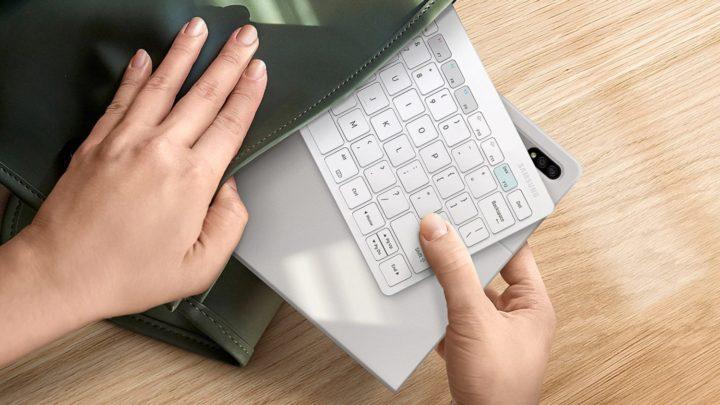 DeX has been around since launching on the Galaxy S8 back in 2017, and allows you to access select Samsung phone or tablet’s apps in a windowed-interface similar to a desktop computer. But despite receiving new features and updates with subsequent phone releases, it’s yet to become the true desktop replacement Samsung initially pitched it as. Giving it an eye-catching button probably won’t change that, but it could still work as a little advertisement to use the feature, similar to Netflix’s ubiquitous TV remote buttons.

Beyond DeX, the Smart Keyboard Trio 500 has a couple of other tricks up its sleeve. There are customizable shortcut buttons to open your commonly used apps (though this is only compatible with Samsung devices running One UI 3.1 from march 2021 or later). The keyboard can also be paired with up to three devices, and switch between them using shortcut keys. It draws power from AAA batteries, which suggests it’s not rechargeable.

Samsung hasn’t listed a price or release date on its page for the Smart Keyboard Trio 500, but with an Unpacked event coming up on April 28th we could get an official unveiling soon.