Rumors say iPhone 15 Pro will come without a SIM card slot, but we're not so sure

Picture the year 2023: flying cars, robot housekeepers, space travel... and iPhones without SIM card slots, according to a new rumor. But we think a Purge-type scenario is more likely for the year (as the second Purge movie was set in 2023) than Apple ditching physical SIM cards.

This rumor comes from a Brazilian website called Blog Do iPhone which we haven't heard of before, and isn't listed on Apple leak reliability site AppleTrack, so take it with a massive pinch of salt.

According to the site, it has internal sources at an unspecified British company which say that the tech giant is experimenting with dropping the physical SIM card in its 2023 Pro-tier iPhones. That'll likely be the iPhone 15 Pro, if Apple doesn't mess about with its naming scheme. 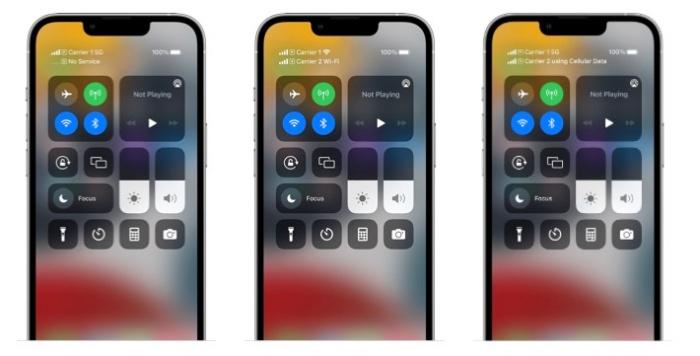 The website doesn't say Apple will definitely drop the SIM port, just that the fruit company is considering the switch, and the fact that the site's source is an external company to Apple makes it dubious. But with nearly two years until the launch of the phone (at the time of writing) it's very likely the company itself hasn't made a decision just yet.

If Apple did drop the physical SIM card slot, you'd have to use eSIM, which is basically a digital equivalent that isn't a physical object, making a SIM port redundant. Some smartphones, tablets and smartwatches already use this tech (including Apple Watches) but it's not properly caught on just yet.

We don't imagine that'll change for the iPhone 15.

Despite some products, especially from Apple, using eSIMs, the gadget world is still very much enamored with physical SIMs.

Even if, in the coming years, eSIMs were to become much more popular, we don't believe Apple would be the one leading that charge. As with 5G, high screen refresh rates and fast charging, Apple has proven itself as a company that follows trends instead of trying new things.

We don't imagine the average consumer will embrace eSIM enough in the next two years for Apple to seriously consider dropping the SIM card for its 2023 smartphones. We'd likely have already started seeing brands like Samsung and Xiaomi make the move if that change was coming.

Furthermore, iPhones aren't just designed for the tech-literate, but for the average everyday user, and we don't imagine eSIM tech will gain popularity enough in two years for technophobes to feel comfortable with it. From this writer's experience, seniors still struggle with physical SIMs, and eSIMs seem a step too far for now.

We'll happily be proven wrong when the iPhone 15 family launches... but we don't think we will be.