Initial forecast for Pats-Bills calls for nasty weather in Buffalo

The weather in Orchard Park, N.Y., played a key role in the New England' Week 13 win over the Buffalo Bills. Will history repeat itself on Wild Card weekend?

The No. 6 seed are set to play the No. 3 seed Bills at 8:15 p.m. ET in Saturday night's AFC playoff matchup at Highmark Field. Weather should be a major storyline based on how things played out in their first meeting: Strong winds helped neutralize Josh Allen and the Bills' passing attack, while the attempted just three passes and ran 46 times for 222 yards to grind out a 14-10 win.

So, what's the forecast looking like for Saturday? As you'd expect for a January night in Buffalo, it's gonna be cold -- with the possibility for snow. 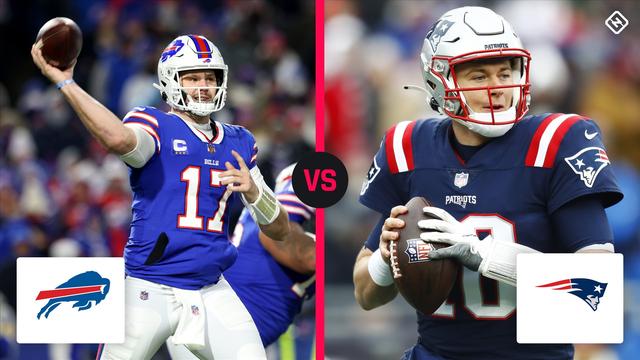 Editor's Note: We'll continue to update this post as the forecast changes. Below is the latest forecast for Saturday in Orchard Park, N.Y. as of Tuesday.

Kevin O'Neill and Patrick Hammer of the NBC affiliate WGRZ in Buffalo both noted Monday that snow could be a possibility with a potential storm nearby.

Rather tricky as there will be a storm nearby...may miss us to the South so going with just a chance for light snow with temps in the 20s https://t.co/1XQZ17pH7Z

It's impossible to predict the weather six days out -- especially in Western New York and especially with a potential storm in the vicinity -- so expect these forecasts to change throughout the week.

If you're a fan, though, the most important factor to watch might be wind. As our Matt Cassel explained earlier this season, wind is the most challenging element to deal with as a quarterback (more so than snow, rain or cold). New England boasts a strong running game that's somewhat wind resistant while Buffalo leans heavily on its passing game (fifth in the NFL in passing attempts this season), so a windy night would seem to give the an advantage.

There's a lot of time between now and 8:15 p.m. on Saturday, but we do know it's going to feel a lot like winter in-Bills Round 3.