Motorola is gearing up to launch its first 2022 flagship lineup — the Motorola Edge 30 series. We already know quite a lot about the Moto Edge 30 Ultra and the vanilla Edge 30, thanks to a steady stream of leaks over the past few months. Now ahead of the official launch, leaked renders of the Moto Edge 30 Pro have surfaced. 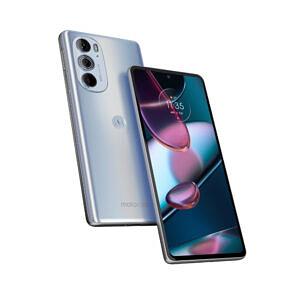 In any case, the folio case and the stylus shown in the images below are in line with what we reported last month.

While the leak doesn’t reveal much about the stylus, we know that it connects to the smartphone via Bluetooth and supports air gestures and wireless charging. When paired with the folio case, the stylus offers additional features like automatically opening an app when you remove the stylus.

Meanwhile, the smart folio case has a vertical cutout in the middle to display the always-on display (AOD). The case comes with a built-in kickstand, and although not shown in the render, it likely has a stylus holder on the back as well.

The Motorola Edge 30 Pro is expected to be a rebadged version of the Chinese Moto Edge X30, so we know pretty much everything about its hardware specifications. According to a recent teaser from Motorola’s Twitter handle, it looks like the new lineup is launching on February 24.