The best smart home gadgets are the ones that you can set and forget: A scheduled robot vacuum comes in the night and picks up all your crumbs while you’re sleeping, like a magical crumb fairy. A microwave’s internal sensors defrost a hunk of frozen pork without scorching. To wit: A great device is one that lets you be as stupid as you want.

Here’s how effective the August Smart Lock Pro is: I keep forgetting my car keys. The lock is so good at sensing me coming and going that I've started to forget that I need keys to operate other things. I haven't touched my house key since we installed the Smart Lock Pro two weeks ago.

This is a big deal. My spouse and I have been trying to liberate ourselves from the Reign of the Dreaded House Key for a decade now. Too many mornings spent tossing keys back and forth when one of us forgets the diaper bag or Yellow Blanky; too many afternoons threading my key through the laces on my running shoes, too many evenings rummaging irritably through my pockets while the ice cream melts on the stoop.

We have tried numeric keypads and fingerprint readers with mixed success. We have copied, hid and lost keys for neighbors, dog-sitters, nannies and houseguests. But now, never again! 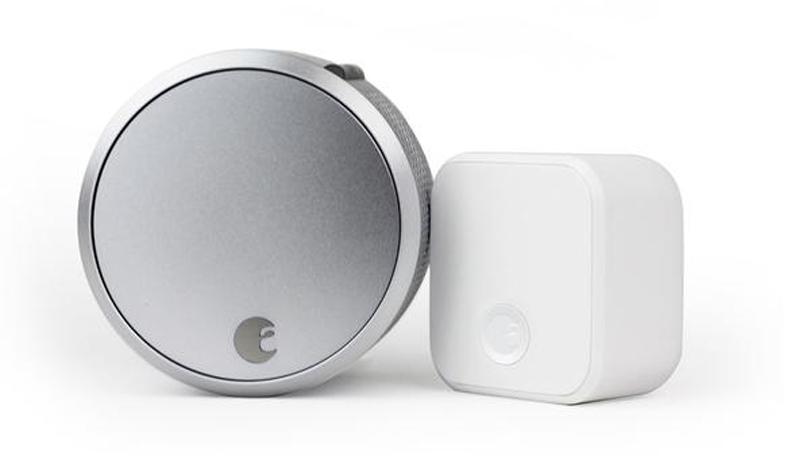 Like its predecessors, the Smart Lock Pro is easy to install. The only equipment you need is a Phillips screwdriver, and an extra set of hands if you forget to tape down the lock face on the exterior of your door. Unscrew the interior thumb-latch, screw on the mounting-plate, and mount the gorgeous, round, Yves Béhar designed lock on the inside of your door (August also has detailed instructions on their website).

The Smart Lock Pro has a few goodies that don’t come with the cheaper Smart Lock and includes August's internet bridge called Connect. To install Connect, plug the small, white device into an electrical outlet within 15 feet of your door. To install the DoorSense sensor, screw it into the door frame, within 1.5 inches of the deadbolt. Then calibrate via the August app.

Inviting other people through the August app is easy. I sent out invitations to two neighbors and our nanny. They had to install the entire app, which was a bit of a bummer and takes about 60 MB. But once installed, they could also easily lock and unlock the door.

In a previous review of the Smart Lock, reviewer Brendan Nystedt noted that the Bluetooth geofencing was imperfect and that he often arrived at his door to find it still locked. I didn’t have this problem with the Connect. Every time I pulled up in the car or walked around the corner, a ping from the August app welcomed me home and unlocked the door.

But I had other problems. August claims that the door will auto-lock when you leave. Reasonably, I assumed that the door would auto-lock when the August app notified me that I was “away” and out of the geo-fenced location. But there are a couple of snags I hit when trying to use this feature.

First, August's website claims that your phone's OS will determine when you're outside of the geofencing area—ideally, around 200 feet. But, in use, the iPhone app didn’t ping me until I was almost a quarter-mile away. If you're in an urban setting where there are a lot of people around, it could be unsettling to basically leave your door unlocked until you were that far away. In my tight-knit community, it wasn't a big deal but it's still something to consider.