Today’s Rare Ride is an Eighties hot hatch from the good people at Mazda. Offered for a short time, the 323 GT-X sold in very limited numbers.Today it’s difficult to find one for sale, but there happens to be one in the rustproof state of Washington.

The fifth generation of Mazda’s Familia compact car entered production in 1985 on the BF platform. The new Familia was a replacement for the dated BD generation that went on sale in 1980. Worth a mention, the new BF platform was badge-engineered into the oddly-chosen and short-lived first-generation Mercury Tracer hatchback. In addition to its Mercury version, the Familia was called 323 in North America, and Ford Laser or Tonic in other markets. Body styles were five and included the hatchback seen here, a sedan, convertible, wagon, and a pickup (South African market). The Familia’s various shapes were produced in seven different countries globally, as the model proved very popular. 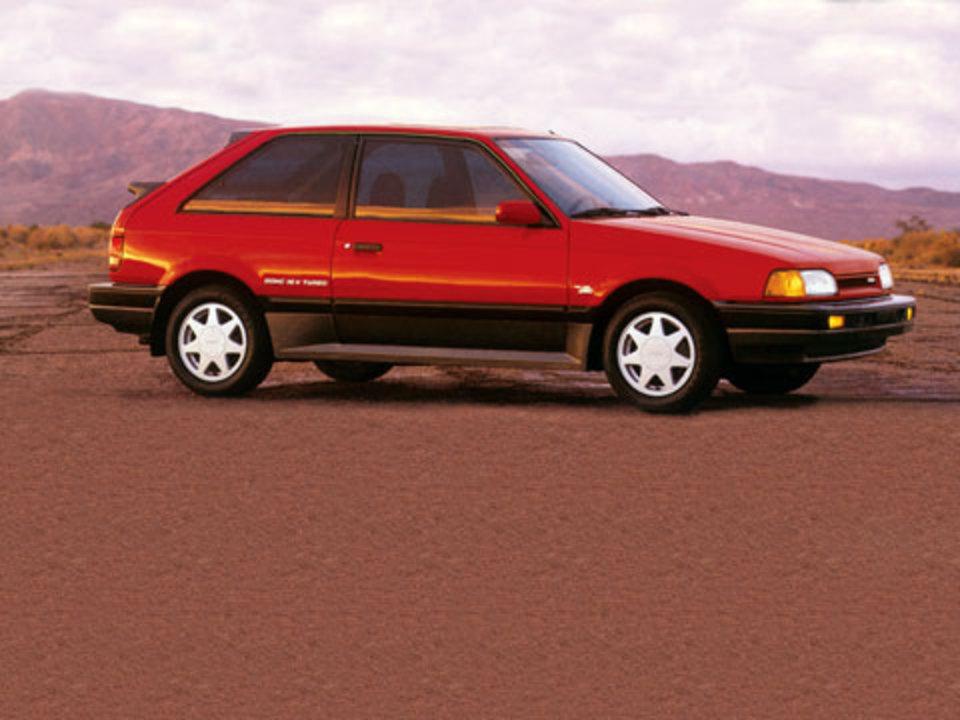 Power ranged from a 1.3-liter inline-four to a range-topping 1.6-liter turbocharged four. There was also a 1.7-liter I4 diesel, should ultimate economy be the customer’s focus. Though most examples were front-wheel drive, four-wheel drive was available on hatchbacks with mid-range 1.5-liter power, as well as the top-tier 1.6 turbo.

The 1.6 turbo was of course the basis of the hot hatch version of the 323, which produced 140 horses via its dual overhead cams. Available in two different trims, GT and GT-X, all hot hatch versions of the 323 featured four-wheel drive. The GT was the lightweight hot hatch for spartan driving fun, and the GT-X was fully loaded. Mazda saw the potential in racing their new hot hatch, and late in 1985 took the 323 rally racing to some success. The rally wins spawned a JDM-only homologation version called the 4WD GT-Ae. On sale in 1988, that version had an additional 10 horses and a limited-slip differential. Said differential made its way onto the GT-X as well.

The hot 323 was available only from 1985 to 1989, before the succeeding BG generation (also made into a Mercury Tracer) debuted. Within North America, only the GT-X was offered, and only for 1988 and 1989. Sales here totaled around 1,200 examples. Most international markets switched over to the new BG in 1990, except for limited markets which kept the BF platform wagon version through 1994. Mazda produced GT-X and GT-R versions of the BG Familia, but they were not exported to North America.

Today’s Rare Ride is an ’88 example in excellent condition. With locking differential, a manual transmission, and a charming “Free Box” in the dash, it’s everything a classic hatchback enthusiast might want. It’s pending sale right now in Seattle for $5,500.