There are plenty of performance cars from the pages of history whose greatness has been recognized — Integra Type R, Focus RS, anything with GTI appended to its name. A few, however, have slipped through the cracks.

Time is kind to some cars, with their stock rising only long after they’ve gone out of production, but a few never get the recognition they deserve. I’ve got two examples right here … and they’re both from Detroit.

Let’s look at them chronologically. When the Dodge Neon appeared in the early ’90s, it was so different from the K-based Shadow it replaced that it was difficult to believe the thing emerged from the same company. A few years into its tenure, some gearheads deep within Chrysler threw some performance parts at it to create the Neon ACR. By the 1997 model year, it was equipped with the likes of Koni adjustables, a shorter final drive, ample sway bars, and DOHC power. 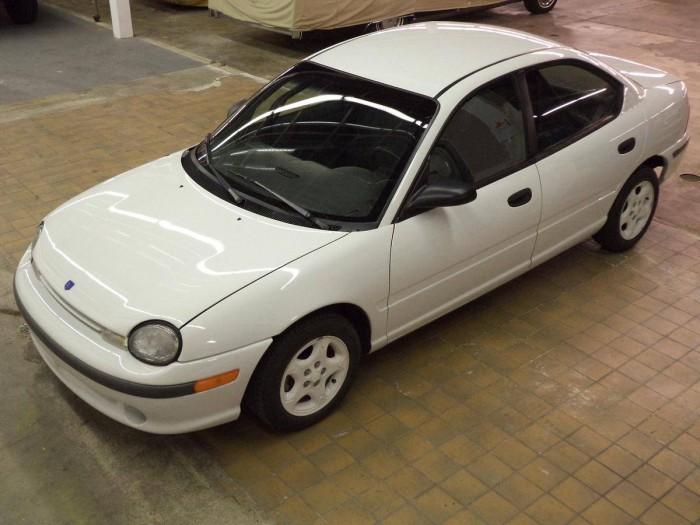 Your author recalls wit being popular with a certain crowd but those not in-the-know back then largely derided it as “just a Neon.” The striped R/T trim of 1998 had most of the ACR’s goodies as well. That’s a ’94 shown above.

Jumping into the 21st century, Chevy binned the Cavalier name and all its baggage when introducing its new small car, the Cobalt. It quickly became laden with equal amounts, if not more, baggage than its forebear. Buried in the product catalog, though, was an SS version.

The company’s first crack at the can was a supercharged version, making just over 200hp. Following the predictable traction complaints — and GM’s divorce from Eaton plus some pesky emissions issues — Chevy bolted a turbocharger onto the Cobalt SS instead. The bloody thing actually had no-lift-shift and launch control. In a Cobalt! You could even get a sedan in 2009 if the whole bankruptcy thing didn’t bother you.