We may receive commission from purchases made via links on this page. Pricing and availability are subject to change.

For years I've longed to turn my basement into a home theater: Massive screen, comfy seating, maybe a popcorn machine in the corner and some movie posters on the walls. Raise your hand if you've entertained a similar dream.

Typically that kind of setup would start with a projector — one that requires a complicated ceiling mount, with wires fished through drywall to some kind of complicated audio setup, which itself would require additional wires and more complicated things after that.

I like simplicity. And that's one reason I'm enamored with ultra-short-throw (UST) projectors, which park right up against the wall and project from below — no ceiling required. No wires required, either. You don't even need a separate sound system, as they have surprisingly decent speakers built in.

In other words, with a UST, you can plug-and-play your way to a 100-inch (or even larger) home theater. And let me tell you: It's pretty fantastic.

Recently I've been testing the Bomaker Polaris 4K, which, at $2,700, is priced about the same as similar models from Hisense and Vava. However, there's a deal right now that makes it more appealing: For a limited time, Walmart seller Sustanbo has the Bomaker Polaris ultra short throw 4K projector for $1,800, one of the best deals I've seen for any UST.

Before I go any further, let me acknowledge the elephant in the theater: Super-big TVs are now available at not-so-super-big prices. For example, you can buy a 75-inch Sony or Samsung model for around $1,000, and budget models from the likes of Hisense and TCL typically sell for even less. Heck, I recently spotted a 75-inch Toshiba Fire TV for $500, though that was a very short-lived sale.

Admittedly, a 75-inch screen is not a 100-inch screen, but it's pretty darn big. Meanwhile, even larger TVs are starting to come down in price as well; you can now get something like this Samsung 85-inch model for just $1,300. That almost puts TVs on the same playing field as the Polaris, begging the question of which setup makes the most sense.

Honestly, unless you absolutely insist on the largest image your wall can hold, I'd go TV. Even the brightest projector can't rival a TV in daytime lighting conditions (though the Polaris is plenty bright). And any modern TV will have built-in streaming smarts: Fire TV, Roku or something similar. With a projector, that's one more thing to add, and then one more remote to juggle.

Confession time: I realized my home-theater dream last year with a UST projector from Vava. It's been pretty great, but I was eager to see how the Polaris compared. Short answer: In some ways better, in some ways worse.

It's definitely a lot more affordable at $1,800; the Vava 4K sells for $2,800, though you can occasionally find sales that will save you a few hundred dollars. I think the Polaris delivers a much livelier image as well: Colors really seem to pop, thanks in no small part to its tri-color laser system.

Although it has Wi-Fi built in, the onboard software is there primarily for settings and input selection. There's no Google TV, Fire TV, Roku or other anything like that. Thus, you'll need to connect at least one source (cable box, game console, streaming device, etc.). Unfortunately the Polaris has just two HDMI inputs, a potential problem if you have more than two of these devices.

You should also plan on installing some kind of screen, because although a white or light-gray wall is suitable for projection, UST projectors demand a super-flat surface. If there's even the slightest curve in your wall, you won't be able to get a straight image. A 100-inch projector screen can cost you anywhere from $20 on up to $200 depending on what kind you get; here's a top-rated motorized screen for $130, just as an example. 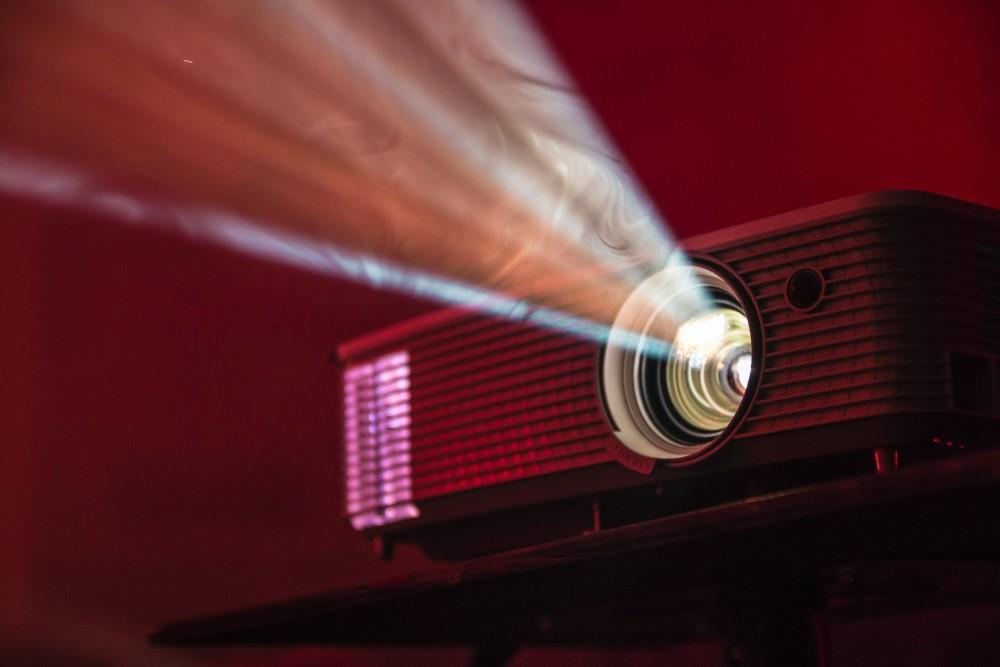 I did encounter one unfortunate issue when setting up the projector: Because it has no built-in keystone, zoom or corner controls, you can't adjust the size or angle of the image without physically moving the projector.

In my home theater, where I already had a stand and screen in place, it proved very challenging to achieve proper positioning. Even after I managed to get the image straight along all four sides and sized properly for the screen, it was several inches too low. You can work around this by placing the projector first and then installing your screen, but I really wish the Polaris had image-adjustment controls. Most similar projectors do.

Another problem: I plugged in the same Roku Streaming Stick+ that I use with my Vava projector, but it crashed whenever I attempted to play content from the likes of Netflix or Disney+. (No problems with YouTube, though; go figure.) I switched over to an Amazon Fire TV device and it worked just fine. An email to Bomaker tech support produced a fast response, but the reply didn't address my issue at all — and my follow-up email went unanswered.

Once everything is set up and working properly, the Polaris is genuinely wonderful. It produces gloriously colorful, razor-sharp images, and it's bright enough to be seen clearly even during daylight hours — though obviously it's best when the lighting is dim. The built-in speaker system is solid and well-balanced, to the point where you could probably skip adding external speakers unless you want a traditional surround-sound setup. And it's reasonably quiet, too — quieter than my Vava projector, which makes me a bit jealous.

Should you buy the Bomaker Polaris 4K projector?

Not long ago, a 4K ultra-short-throw projector for $1,800 would have been remarkable. Now that 85-inch TVs can be had for under $2,000 and sometimes even under $1,500? Much less remarkable. That said, if you have a really big wall and 100-inch (or even larger) theater aspirations, this is a decidedly affordable way to make it happen.

Setup can be challenging, though, due to the lack of image-positioning controls. And the need for at least one external streaming source leaves you with only one remaining HDMI input.

These aren't dealbreakers for everyone. The Polaris 4K gets the important stuff right: image quality, sound quality, noise level and so on. And at this price, it's at least $1,000 less than most USTs.

What do you think? Is a projector still viable these days, or is a big TV the better way to go?

Looking for more great Walmart deals? Check these out: