How does Samsung’s Adaptive Pixel feature on the Galaxy S22 series camera work?

Samsung’s latest flagship smartphones for 2022 are here with a bunch of new features and improvements. The Galaxy S21 Ultra was one of the best camera phones out there and the Galaxy S22, Galaxy S22 Plus, and the Galaxy S22 Ultra are right on course to maintain that stature. Of course, the phones are equipped with several new hardware and software changes like newer chipsets, an S Pen, and better displays. But, the major difference this year is in the camera department both in terms of hardware and software. Apart from new sensors, Samsung has focused on some software-related features. One of them is the new Adaptive Pixel technology.

Adaptive Pixel technology is just one of many new camera features on the Galaxy S22 series this year. Samsung is trying to get the best results out of the hardware on the three Galaxy S22 series phones and that can only be done by using the right software. Image processing and camera optimization play a huge role in determining the quality of output from a smartphone camera and that’s where features like these come into the picture. Both literally and figuratively. Let’s try to understand what the Adaptive Pixel feature on Samsung’s new smartphones is and how it will benefit you, the end-user.

Before we get into the details of Adaptive Pixel and what exactly it does, it’s important to understand some basics first for better context. For that, let’s first understand the concept of pixel binning in smartphone cameras.

If you’ve been following the smartphone landscape for the past few years, you would realize that brands have started to use camera sensors with very high megapixel counts. While a large megapixel number doesn’t necessarily indicate better camera performance, it can serve two purposes — provide a marketing advantage to the phone, and capture more details especially when you zoom into an image.

However, using a sensor with a high megapixel count like 50MP and 108MP means that the file size of every single picture captured is going to be extremely high. This isn’t ideal since a smartphone has limited storage. If a single image is 50-60MB in size, you will end up filling a large chunk of your phone’s storage pretty soon. Another slight drawback of cramming in so many pixels in a camera sensor is that the size of each individual pixel ends up being rather small. This isn’t ideal for low-light photography. 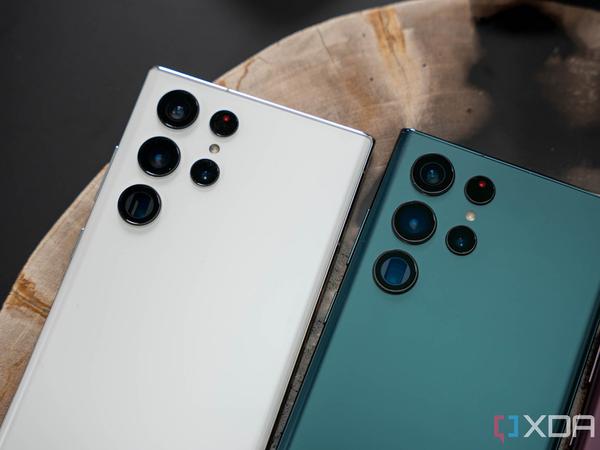 To tackle both these issues, smartphone brands make use of a technique referred to as pixel binning. Pixel binning essentially combines a set of neighboring pixels into one large pixel. This way, the size of one pixel becomes considerably larger, resulting in better photographs. It also brings down the size and resolution of the image considerably by a multiple that’s decided by the number of pixels undergoing binning.

This process of combining neighboring pixels in a grid is referred to as pixel binning. It’s a common industry practice, especially when phones use camera sensors with large megapixel counts. Now that we know what pixel binning is, let’s go back to the initial topic — Adaptive Pixel — and understand how it works.

Pixel binning is a great way to save storage space on your smartphone and it also enables the sensor to capture more light since the effective size of pixels becomes larger. However, there are advantages of taking pictures at higher resolutions too. When you’re capturing an image via a 108MP sensor, the level of details captured is going to be very high. This is something you cannot replicate or match via software. Hence, Samsung has come up with a hybrid solution that it calls Adaptive Pixel.

Adaptive Pixel employs a smart way to retain the details from the 108MP sensor while also reducing the file size. It does so by capturing two images instead of just one every time you click a picture. The phone takes one shot in the 108MP mode and another in the 12MP mode. Once the two images are captured at each resolution, there’s some software processing that goes on in the background to merge them into a single image.

The end product is a photo that has a sufficient amount of light, isn’t too large in size, and has ample details. All of this happens in the background and in the blink of an eye thanks to powerful chipsets and Image Signal Processors in modern-day smartphones. If you’re someone who takes photos and zooms into them regularly, Adaptive Pixel will surely be beneficial to you.

Note: The Adaptive Pixel feature will come into the picture (quite literally) only when clicking photos in the full 108MP mode. If you’re shooting in the default pixel-binned mode, the images will contain details pertinent to the 12MP image.

This is one of several new camera features that Samsung has introduced with the Galaxy S22 series. Features like these may lure smartphone photographers to make the switch to the new Galaxy S22 Ultra, especially since the Galaxy S21 Ultra was one of the most versatile camera phones out there and the Galaxy S22 Ultra further strengthens the notion. If you wish to know more in detail about the cameras and just about every aspect of all three phones in the Galaxy S22 series, you can wait for our review which should be dropping soon. If you plan on buying any of the three phones in the series, you can check out the best Galaxy S22 deals to take advantage of all the offers and discounts and save some money.