How concerned should Americans be about waning immunity?

This is a MedPage Today story.

As the U.S. experiences a dip in COVID-19 cases and mask mandates are being lifted, some have voiced concerns about waning immunity from prior infection or vaccination.

How worried should Americans be?

MORE: Rise in COVID-19 infections overseas may foreshadow increase in US, experts say

That depends, experts say. There are still individual risk assessments at play, and many questions yet to be answered.

"In the context of the general population [individuals who are relatively healthy], I think waning immunity is not something we all need to be concerned about," Dr. Jesse Erasmus of the University of Washington School of Medicine in Seattle, told MedPage Today.

Even if neutralizing antibody titers wane, there is still protection against severe disease and hospitalization, Erasmus said.

And though the average person can anticipate not being hospitalized, they also need to realize that, with waning immunity, they could very likely get infected and have light symptoms or mild disease, he added.

Dr. Alessandro Sette, of the La Jolla Institute for Immunology in California, agreed that the situation is fluid.

"The issue of waning immunity, or contracting immune response, is complex and has been on the radar and in the forefront of people's minds as the situation is still evolving," Sette told MedPage Today.

This is not specific to SARS-CoV-2, the virus that causes COVID-19, it is just the way the immune system works, Sette noted. Typically, antibodies contract more rapidly, while cellular responses -- both B-cell and T-cell responses -- contract more slowly.

This is in line with what has been seen with variants, Sette added. The variants have still been recognized, by and large, by the T-cell response. For instance, with omicron, there has been a tremendous number of infections, but in vaccinated people, those infections have been mostly linked to mild disease.

Even with the omicron subvariant BA.2, Sette said that it currently doesn't look like it has increased capacity to evade immune response.

For those wondering whether they may need a fourth shot, or additional booster, and if so, when they may need it, "I think we just don't have enough data yet," Erasmus said. 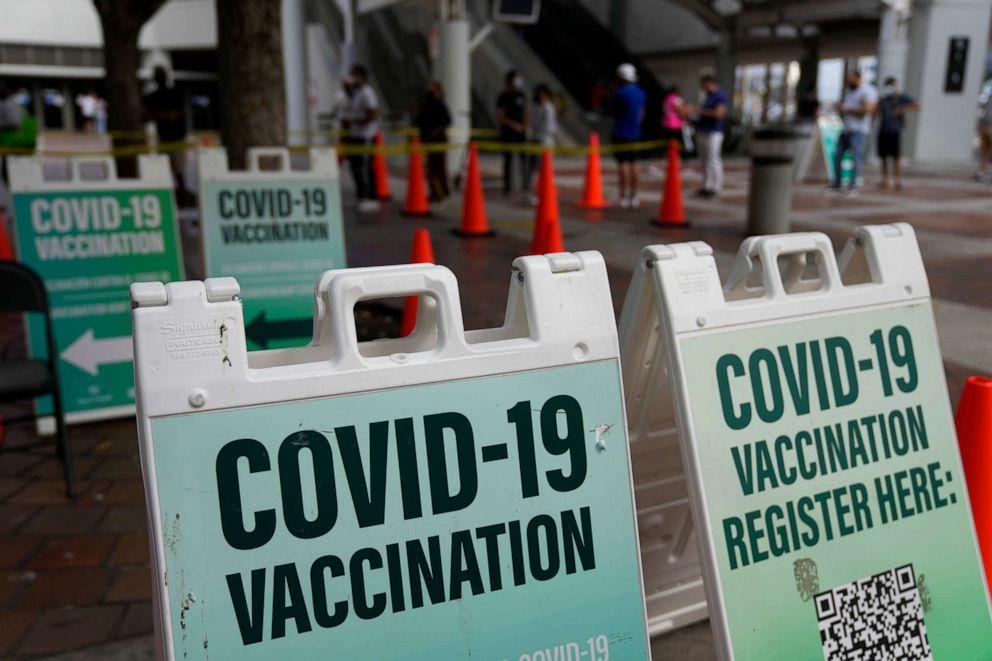 "There are certainly scientists and physicians who are addressing this question actively," he added. "We may start to see that data emerge over the next couple of months."

MORE: How COVID treatments evolved over time from monoclonal antibodies to antiviral pills

Ultimately, the Food and Drug Administration will make a decision based on a risk-benefit analysis, looking at any increased adverse safety events relative to the reduced risk of severe disease, he said.

Already, the Centers for Disease Control and Prevention has recommended fourth shots for those who are immunocompromised. And it was reported that Pfizer and BioNTech will seek FDA authorization for a second booster in adults ages 65 and older.

"Certainly, what has been seen is that a third immunization is highly effective because it does increase antibody titers quite a bit; it's effective in reinstating high protection," Sette said. "Now, whether there is going to be a fourth administration necessary, we don't know that at this point."

The answer to that question may become more clear in the coming months, he added. But, in the meantime, there are two important considerations to keep in mind.

First is the concept of variant evolution, Sette explained. If new variants have a higher capacity to escape T-cell responses and antibodies from vaccines, that would "change the equation," he noted. Additionally, it is possible that there will be a diminishing return from instances of infection or vaccination at some point.

The benefit from upping two doses of the vaccine to three has been apparent, but eventually each subsequent gain for the immune system becomes less, he said.

"Immunity is going to wane, unless we figure out a way to generate broader immunity as the virus continues to change," Dr. Aubree Gordon of the University of Michigan School of Public Health in Ann Arbor told MedPage Today.

People are going to become infected or reinfected, Gordon noted. So, when thinking about changes to mitigation measures and public health policies, "people really need to evaluate their own risk."

"For anybody who is higher risk, I would recommend that they not assume that the vaccine is going to protect them from infection or severe disease," and layer on additional protections, she said. For instance, a high-level N95 mask is protective, even if other people are not wearing masks.

As far as immunity, the big question is, "How do you generate broader immunity to the virus?" Gordon noted.

"The question is, can we figure out through vaccines how to generate broader immunity," she said. Forthcoming data could shed light on whether that could be achieved through a variant-specific vaccine, she added.

Experts agree that the U.S. appears to be in a new stage of the pandemic.

Yet another lingering question is, as people develop broader immunity to the virus, "what will the severity of SARS-CoV-2 look like?" she said. Is it going to look like another coronavirus, in which severe disease is relatively rare? Or could it look like influenza, which has historically been less severe?

Ultimately, what endemic SARS-CoV-2 looks like is going to inform how often vaccines are needed, and how broadly the vaccines will be protective, she added.

Indeed, data suggest that it is quite possible that the pandemic will get to a stage in which immunity is steadily maintained in the population due to repeated vaccination and repeated infections, Sette said.

"The issue is we're not there yet, and we don't know when we're going to get there," he added.