Def Leppard have released their first new song in more than six years.

"Kick" is the lead single from the band's just-announced 12th album, Diamond Star Halos, which will be released on May 27.

You can hear the song below. 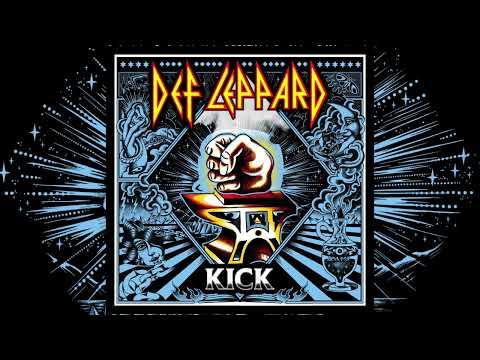 Filled with handclaps and "nah nah nah nah, nah nah nah" background vocals, "Kick" finds Def Leppard once again celebrating their glam-rock influences. The new album's title was inspired by the lyrics to T. Rex's 1971 hit "Bang a Gong (Get It On.)"

In December 2016 the band released "We Belong" as the fourth and final single from its previous album, 2015's self-titled LP. In 2018 they shared the holiday-themed "We All Need Christmas" and a cover of Depeche Mode's "Personal Jesus" from the compilation The Story So Far - The Best Of.

After two years of pandemic-related delays, Def Leppard's highly anticipated summer stadium tour with a reunited Motley Crue, Poison and Joan Jett and the Blackhearts is scheduled to kick off June 16 in Atlanta.

During a recent interview with 98.7 The Gater, Allen confirmed the band would be including songs from Diamond Star Halos in their set lists, which he said was "pretty exciting."

The trek is currently scheduled to conclude on Sept. 9 in Las Vegas. You can get the full show and ticket information at Motley Crue's website.