The stable Android 12 update for Pixel phones was released on October 19 and since then, users have been reporting various kinds of issues with this software.

From minor issues such as stretchy overall scroll animation, keyboard not showing up to the most annoying ones such as broken task switcher, apps update stuck at pending, unable to call 911 and whatnot.

While some issues were already acknowledged and fixed in the recent update, still there are many left unacknowledged that Google needs to take care of.

Having said that, recently some Pixel users have reported an issue where the screen goes black whenever a notification arrives. Now, it seems that this issue is much more than what was reported earlier.

As per reports, many Pixel users are now complaining that the display of their phone is going black and unresponsive. And this does not happen only when a notification arrives, instead, it happens randomly.

Here are some reports for reference: 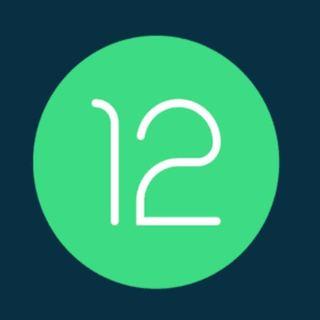 My pixel 6 screen just stopped responding a couple days ago and is now just a black screen. The phone appears to still be working as haptics still responsive when hold in power button and rings when you call it. However due to the black screen, the phone is unusable. I have attempted all the troubleshooting tips but nothing has worked so far! Has anyone else suffered with the same issue and managed to resolve it? (Source)

I updated the phone to Android 12 and it worked fine, until 2 hours ago when I decided to charge it. After awhile, it went black screen and now I can’t turn it on. I found many posts talking about this problem but I can’t find the solution. It’s really annoying since I need the phone for work. (Source)

Some say that their phone’s screen blacks out when they attempt to charge their handset using USB-C cable, while for many others, it just simply becomes unresponsive and goes black.

As apparent from the reports above and more (1, 2, 3, 4, 5, 6, 7), Pixel black screen issue on Android 12 is affecting all Pixel devices including the latest generation Pixel 6 and 6 Pro.

Users also say that while the screen is black and unresponsive, they can still hear notifications coming and phone vibrations. This means that everything else is working fine and this bug is specific to the display.

This is frustrating since users are not able to use their phones in any way. Also, Google has not yet acknowledged this issue and we hope that it gets sorted out as soon as possible.

That said, we will update the space down below as and when anything new comes to our notice regarding Pixel 6 black screen glitch, till then stay tuned.

In the meantime, you can also check out our dedicated Android 12 bug tracker where we have mentioned all kinds of issues affecting Pixel users.

Note: We have more such stories in our dedicated Google section, so make sure to follow them as well.