Do smart lights save money?

Smart lights can be quite an investment in time, energy, and money. Sure, they’re fun and convenient, but are they worth the cash you have to spend to get started? It’s a tough question, but we’re going to run through some factors to take into consideration when making the decision.

What is the most energy-efficient light bulb?

Smart lights are often light-emitting diode (LED) bulbs. As a class, LEDs light bulbs are the most energy-efficient bulbs available. LED bulbs will typically draw 8- or 9-watts while emitting the same light as an old 60-watt incandescent bulb. LEDs will often be listed as 60W equivalent in these cases, even though their actual draw is much lower. It’s a staggering difference in power draw.

Among LED bulbs, the gap in efficiency is much smaller. You can get 1-watt LED bulbs that emit the same light as a 7-watt incandescent light, but that’s not a much more efficient ratio than the brighter LED bulbs available. 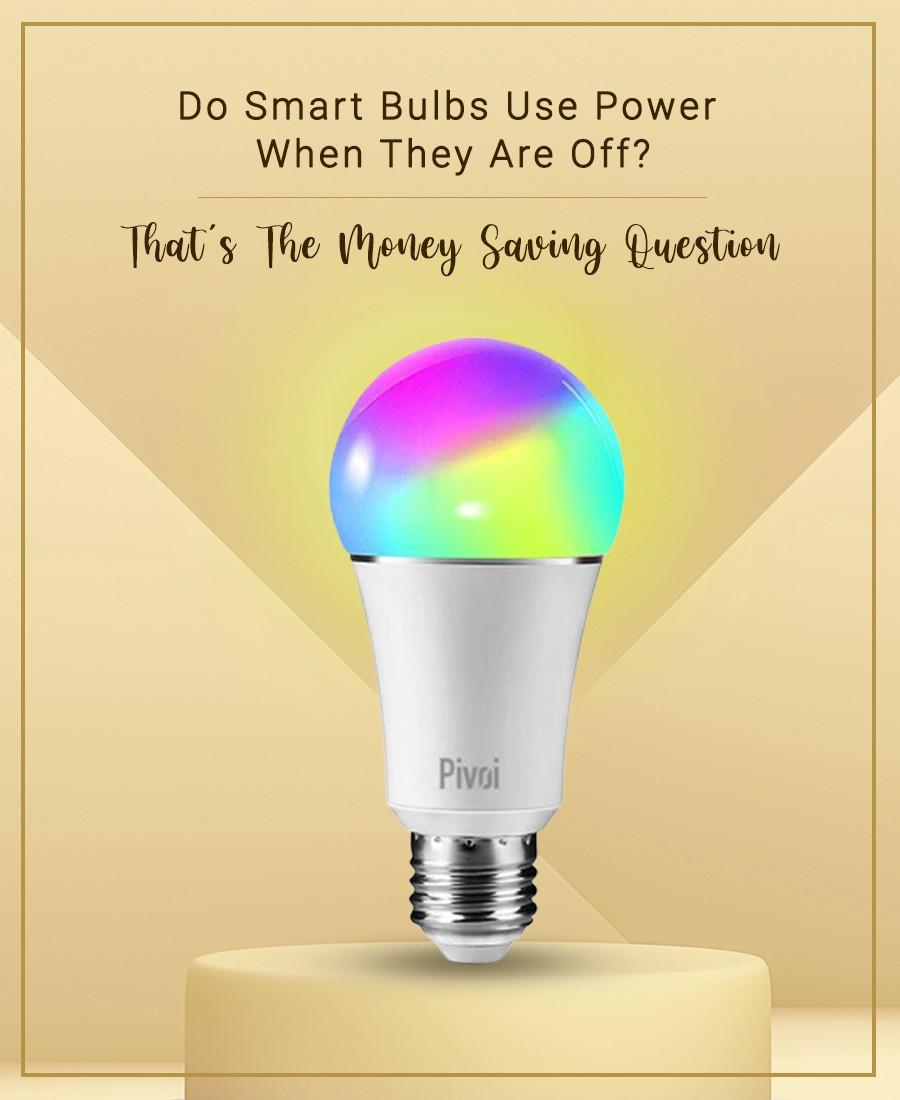 The biggest reason LED light bulbs are so efficient is that they generate light in an entirely different way than incandescent bulbs, which rely on running current through a metal filament until it is hot enough to produce light. The bulbs house an inert gas and use a glass enclosure to ensure things don’t melt or light on fire, but the bottom line is that the light relates to heat. What ends up happening is that over 90% of the electricity pumped through the filament is lost as heat energy, with the remainder going towards light.

CFL bulbs were a pretty big upgrade at the time. You might have seen them as a twisted series of tubes in a roughly bulb-shaped formation. These compact fluorescent lamps work by electrifying trapped gas, much like overhead halogen lights that were already popular in office settings. When this electrified gas sheds its spare electrons to the argon gas inside, it causes a florescent reaction, thus emitting light. The electrification takes a little while to kick into full strength once the current is running, so CFLs don’t reach peak brightness right away. CFLs only need about a third of the energy incandescent bulbs need to activate. The downside here is that the electrified gas is mercury, which is hugely toxic and makes disposal problematic. CFLs also produce a lot of wasted heat.

This brings us to LEDs. Light-emitting diodes run a current through a semiconductor. One portion of these semiconductors is positively charged — ready to accept negatively charged electrons from the other side. Electrons can only make that leap after a current is run through it. When they do make the leap from one side to the other, they fire off a light-generating photon. This action also generates some heat, but due to the efficiency of the reaction, it’s not nearly as much as incandescent bulbs.

What light bulbs help save energy?

LED light bulbs save the most energy out of any commercially available type today. Not only do they use 90% less power than incandescent bulbs, but they can also last 25 times longer, reducing the cost of replacement.

Are LED lights cheaper to run than energy-saving bulbs?

Since LED lights use 90% less power than incandescent bulbs, your electric bill should go down by making the switch. CFLs are good, but their savings on traditional light bulbs is only 25% to 35% in electrical usage. LEDs are a clear winner and are worth making the upgrade.

It’s possible to make this upgrade without getting smart lights, too. Wi-Fi connectivity and multiple colors aren’t strictly necessary if your sole interest is in reducing cost. You’ll certainly enjoy more novelty and convenience with smart lights, but they do demand a higher up-front cost.