Like pretty much everyone else on the planet, Bryan Adams had a pretty lousy lockdown period. It started with a misinterpreted comment about his veganism and ended with a canceled performance at the 2021 Rock & Rock Hall of Fame inductions after the Canadian rocker tested positive for COVID-19.

But as Adams sings on "Never Gonna Rain," a highlight of his 15th album, So Happy It Hurts, "I'm gonna smile like I never had a heartache / Laugh like I never had a care / Dance like I was born dancin'." It's celebration time, and Adams is jumping in with both feet. The past couple of years have been rough, he knows, and life is even more precious now. It's a cliche for sure, but Adams has never been one to shy away from a timeworn sentiment or an infectious hook if they serve the song. 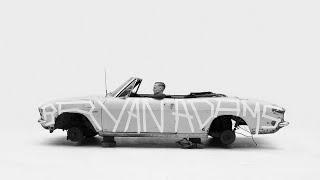 There are plenty of big guitar riffs and standard rock fare on So Happy It Hurts, which at times sounds like a throwback to Adams' '80s heyday, along with a few modern touches to place things in the 21st century. It's not an uneasy mix – Adams and co-producer Robert John "Mutt" Lange hone the dozen songs to their sharpest edges – even if nothing here fits squarely into pop music's constricted box these days.

As on 2015's Get Up and to an extent 2019's Shine a Light, Adams makes few concessions to modern-day audiences here (though Shine a Light included an Ed Sheeran co-write and a Jennifer Lopez guest spot). The opening title track is powered by a 1,000-watt chorus and chiming guitars not far removed from 1984's benchmark Reckless. The ballads could play over the end credits of a Kevin Costner movie from the early '90s. And the rollicking "I've Been Looking for You" is a Buddy Holly-style rave-up from an even earlier era.

Who can blame Adams for finding comfort in the past? He may be ready to move on from COVID, but in songs like "On the Road" and "Kick Ass" (which sounds like a leftover from Lange's Def Leppard days) he revisits a time before masks, mandates and lockdowns became part of the daily language. There's some reflection on So Happy It Hurts – "Never Gonna Rain," "These Are the Moments of My Life" – but mostly it's about sunny days ahead. "The sun is shinin’, and there’s no more rain," he sings on the title cut. You'll be singing right along with him.

UCR takes a chronological look at the 100 best rock albums of the '80s.

Did You Know Bryan Adams Wrote That Song?