Battery backup vs. generator: Which backup power source is the best for you?

When you live somewhere with extreme weather or regular power outages, it's a good idea to have a backup power source for your home. There are various types of backup power systems on the market, but each of them serves the same primary purpose: keeping your lights and appliances on when your power goes out.

In the past, fuel-powered standby generators (also known as whole house generators) have dominated the backup power supply market, but reports of risk of carbon monoxide poisoning have led many to search for alternatives. Battery backups have emerged as a more eco-friendly and potentially safer option to conventional generators.

Home battery backup systems, such as the Tesla Powerwall or the LG Chem RESU, store energy, which you can use to power your house during an outage. Battery backups run on electricity, either from your home solar system or the electrical grid. As a result, they're much better for the environment than fuel-powered generators. They're also better for your wallet.

On the other hand, standby generators connect to your home's electrical panel and kick on automatically when the power goes out. Generators run on fuel to keep your electricity on during an outage -- typically natural gas, liquid propane or diesel. Other generators have a "dual fuel" feature, meaning that they can run on either natural gas or liquid propane.

Certain natural gas and propane generators can connect to your home's gas line or propane tank, so there's no need to refill them manually. Diesel generators, however, will need to be topped up in order to keep running.

Battery backup vs. generator: How do they compare?

In terms of cost, battery backups are the pricier option upfront. But generators need fuel to run, which means that you'll spend more over time to maintain a steady fuel supply. 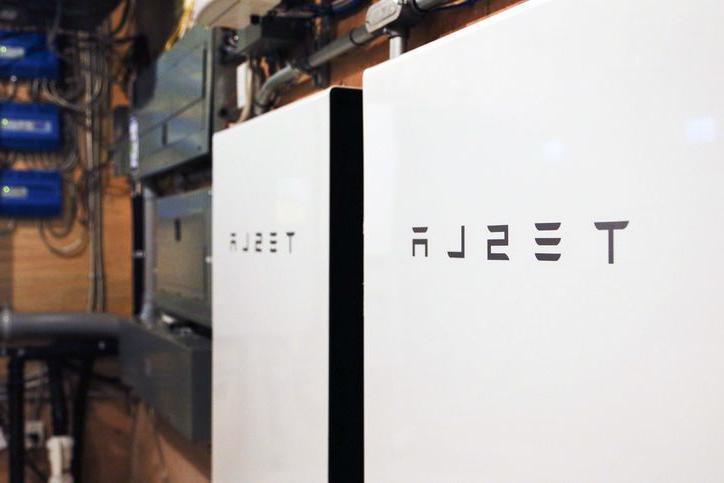 With battery backups, you'll need to pay for the backup battery system upfront, as well as installation costs (each of which are in the thousands). Exact pricing will vary based on which battery model you choose and how many of them you need to power your home. However, it's common for an average-sized home battery backup system to run between $10,000 and $20,000.

For generators, the upfront costs are slightly lower. On average, the price of purchasing and installing a standby generator can range from $7,000 to $15,000. However, remember that generators require fuel to run, which will increase your operating expenses. The specific costs will depend on a few factors, including the size of your generator, which type of fuel it uses and the amount of fuel used to run it.

Battery backups earn a slight edge in this category since they can be mounted to the wall or floor, whereas generator installations require a bit of additional work. Regardless, you'll need to hire a professional for either type of installation, both of which will require a full day of work and may cost several thousand dollars.

Aside from setting up the device itself, installing a generator also requires pouring a concrete slab, connecting the generator to a dedicated fuel source and installing a transfer switch.

Battery backups are the clear winner in this category. They're quiet, run independently, don't produce any emissions and don't require any ongoing maintenance.

On the other hand, generators can be quite noisy and disruptive when they're in use. They also emit exhaust or fumes, depending on which type of fuel they use to run -- which may irritate you or your neighbors.

As far as how long they can keep your home powered, standby generators easily outperform battery backups. As long as you have enough fuel, generators can run continuously for up to three weeks at a time (if necessary).

That's simply not the case with battery backups. Let's use the Tesla Powerwall as an example. It has 13.5 kilowatt-hours of storage capacity, which can provide power for a few hours on its own. You can get extra power out of them if they're part of a solar panel system or if you use multiple batteries in a single system.

24 Tips to Help You Save on Your Electric Bill

In most cases, battery backups come with longer warranties than standby generators. However, these warranties are measured in different ways.

Over time, battery backup systems lose their ability to hold a charge, much like phones and laptops. For that reason, battery backups include an end-of-warranty capacity rating, which measures how effective a battery will hold a charge by the end of its warranty period. In Tesla's case, the company guarantees that the Powerwall battery should retain 70% of its capacity by the end of its 10-year warranty.

Some backup battery manufacturers also offer a "throughput" warranty. This is the number of cycles, hours or energy output (known as "throughput") that a company guarantees on its battery.

With standby generators, it's easier to estimate lifespan. Good-quality generators can run for 3,000 hours, as long as they're well maintained. Therefore, if you run your generator for 150 hours per year, then it should last about 20 years.

Which one is right for you?

Across most categories, battery backup systems come out on top. In short, they're better for the environment, easier to install and cheaper to run long-term. Plus, they have longer warranties than standby generators.

With that said, traditional generators can be a good option in some cases. Unlike battery backups, you only need a single generator to restore power in an outage, which brings down the upfront costs. Plus, standby generators can last longer than battery backup systems in a single session. As a result, they'll be a safer bet if the power is out for days at a time.