Abandoned History: General Motors’ High Technology Engine, and Other CAFE Foibles (Part I) Receive updates on the best of TheTruthAboutCars.com

A modern and efficient V8 of 4.1 liters, the HT4100 was the exciting way forward for Cadillac’s propulsion needs in the early Eighties. The engine came hot on the tail of a very iffy cylinder deactivation experiment, V8-6-4. Unfortunately, just like the cylinder games before and the Northstar after, the HT was plagued with issues that took years to iron out. The HT in its name meant High Technology but could’ve meant Halfway There. Let’s travel back to the Seventies and talk cylinders.

The time leading up to the release of the HT power plant was a difficult one for domestic car manufacturers. Their lineups were filled with enormous and inefficient vehicles made with bargain-basement parts. They were loosely assembled by workers that may have been drunk dependent on the day of the week. American consumers were getting wise via the arrival of efficient and better-made Japanese cars, and the government was stirring the pot with fuel regulation.

Said regulation was a result of the Arab Oil Embargo of 1973, a crisis that prodded Gerald Ford’s administration to take action to improve the market-wide fuel economy of cars sold in the United States. Cadillac would need a new V8 fairly soon, but the HT was still just an idea. GM compromised, and decided Cadillac’s V8 would receive cylinder deactivation.

The idea of cylinder deactivation was not a new one and was tested on multi-cylinder engines for the first time in World War II. Cadillac sought to modernize the technology, which it marketed as V8-6-4. GM’s engineers worked with Eaton Corporation’s vehicle division to develop the electronically controlled deactivation system. What they created was a first-ever, but is now found on every car: An engine control unit, or ECU.

Said ECU determined the power demand of any given moment by running the program GM called Modulated Displacement. The system promised to switch the engine to eight, six, or four cylinders appropriately and automatically. Three running modes were workable because the ECU turned off opposite pairs of cylinders. It was “like three engines in one,” per advertisements. Part of the elaborate ECU included an on-board diagnostic program that would show engine trouble codes on the HVAC display. Very advanced for the time, the diagnostic system stored all error codes and meant mechanics didn’t need to use a separate scanning tool. Also displayed was a digital number within the new MPG Sentinel. The Sentinel showed the number of cylinders currently operating, average or instant fuel economy, and an estimate of the car’s range to empty.

Able to run on as few as four cylinders, the tech promised to save much fuel for Cadillac customers. Cadillac couldn’t really just use smaller engines at the time, as that was not acceptable to the American luxury car buyer. The feature was made standard on 1981 Cadillacs and was exclusive to the brand. Seville was excepted from having the feature as standard, as it used a diesel V8 as its base engine. That engine was a mess too, but the diesel base model Seville was the first American car sold as standard with a diesel engine. 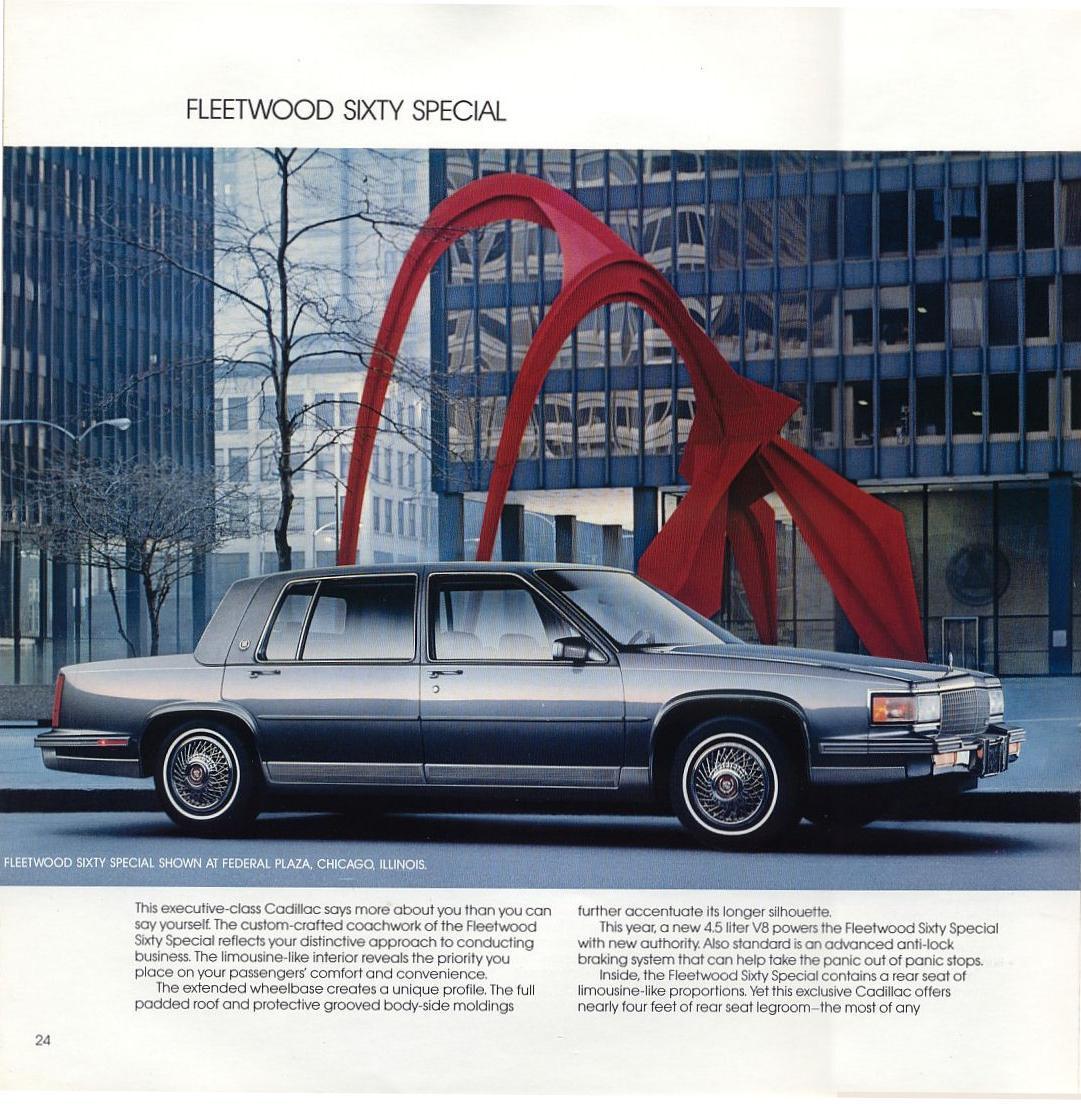 The new V8-6-4 was instantly praised as a landmark of technology, but the praise didn’t last long. Almost immediately, Cadillac owners began to complain their new cars weren’t running properly. The engine’s issues were considerable, and the main culprit was the all-new ECU. Limited in its processing speed, programming, and overall computing power, the ECU could not efficiently manage the tall order asked of it by Modulated Displacement. There were just too many variables; the ECU could never keep up.

Additionally, the L62 required a different type of EGR valve than the normal ported variety. Engineers chose a positive backpressure type EGR (no electronic EGRs in these times). While this setup would have worked in a normal engine, with the V8-6-4 it caused engine ping. On four cylinders the engine produced less exhaust than normal and had less pressure to operate the EGR. General Motors needed to act, so it took the engine to PROM.

PROM in this instance meant programmable read-only memory. GM released PROM updates to the chips for the engine control module, 13 of them in total. But customers didn’t feel too interested in continually returning to the dealer for PROM updates or indeed saving some money on fuel. As a result, many times the service department just turned off the system. It was easy enough to turn off the Modulated Displacement feature and required pulling one wire from the transmission. Once complete, the L62 returned to eight-cylinder business as usual. It’s incredibly rare to find a Cadillac in The Current Year with a functioning cylinder deactivation system.

GM was very sure it didn’t want to offer the V8-6-4 again the following model year, so it was dropped for 1982. GM went further and removed the 368 engine (standard L61 and L62) from almost all Cadillacs. Holdout for the cylinder deactivation was a singular model (oddly), the Fleetwood limousine through 1984. The L61 368 remained in use with a carburetor in the Cadillac commercial chassis for hearses and things, also through 1984.

The 368 died in infamy but was the last big block cast-iron pushrod V8 offered in a production car. Its big-block brethren had died out much earlier and were finished by 1978. Something else died alongside the 368, use of the legendary THM400 in factory GM cars. The heavy-duty three-speed was last used with the remaining 368 cars of 1984.

As a result of the V8-6-4 mess, Cadillac was forced to take decisive action on a replacement. Initially, the HT engine was slated for a 1983 model year introduction, on new front-drive Cadillac offerings. But the company’s current lineup of cars couldn’t wait that long, so HT was rushed through development, pushed into production, and debuted in 1982 on Cadillac’s rear-drive models. And it went so well! More on that in Part II.

Become a TTAC insider. Get the latest news, features, TTAC takes, and everything else that gets to the truth about cars first by subscribing to our newsletter.