A lot of smart home gadgets try to disappear into your home, but color-changing smart lights from the likes of Lifx, Nanoleaf, Sylvania, and Philips Hue are a big, flashy exception. With countless shades of vivid, brightly-colored light available with just a voice command or a few taps on your phone, lights like those certainly aren't subtle. Instead, the idea is to make for a more modern and striking-looking living space.

Whether or not you actually want that is entirely up to your tastes, but you should also consider that these kinds of lights have practical uses, too. For instance, with the right automations, they can mimic the way natural light changes throughout the day, or signal you when you have a new email from an important contact.

You'll find even more ways to put them to use if you're willing to get creative. Here are a few suggestions to get you started:

As someone with a bad habit of losing track of the time, I use timers and alarms all of the time. Aside from the four or five I typically use to wake up each morning (it's a process, people), I'm also constantly setting Alexa timers to remind me of when it's time to leave for an appointment, pull a pizza out of the oven, or any number of other things I might manage to lose track of.

That's all well and good, but what happens if I'm gaming with headphones on and can't hear the sound of the timer going off? What happens if I wander into another room and miss it altogether?

That's where smart lights come in. Most of the major brands have their own channel on the free, online automation service IFTTT, which you can use to pair them up with other services and devices. Hook them up with your Amazon Echo device via the Alexa channel, and you'll be able to tell them to blink the lights or change their color whenever one of your timers goes off. Voila! Visual alarms!

One quick note: the Google Assistant has an IFTTT channel just like Alexa does, but unlike the Alexa channel, there's currently no option for triggering an automation recipe when a timer goes off. That means that, for now, this tip will only work with Alexa devices.

As I mentioned before, some of us need as much assistance as we can get to wake up in the morning. And, wouldn't you know it, color-changing smart lights can help. 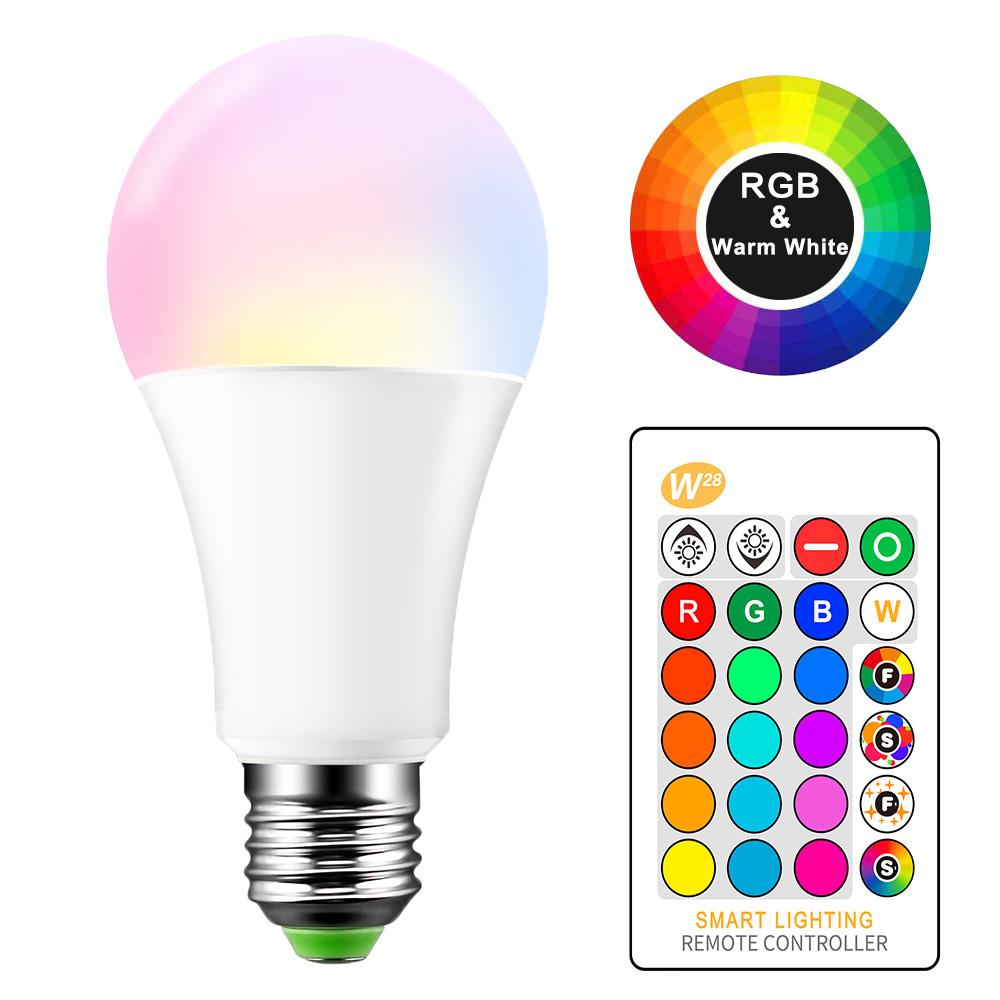 Pretty much any smart light will let you schedule a recurring light change at a specific time of day, so scheduling your bedroom lights to come on automatically in the morning is a good start. If your lights can change colors, you can go one step further and color-code those morning automations to clue you in to how much time you have left to snooze.

For instance, I like to be up by 7:30 or so each morning, so I set a bedside lamp to start a slow, 90-minute fade at 6 a.m. The light is red to start, but it gradually transitions to yellow after 30 minutes, then after an hour, to green. Green means "go," as in "go on and get your lazy ass out of bed."

It's a little thing, for sure, but a quick, groggy glance at the color of the light gives me an immediate sense of how much precious time I have left to spend bundled up in bed -- no squinting at the clock radio necessary.

Speaking of the bedroom, color-changing lights can make things a little more soothing as you fall asleep, too. Specifically, I'm a fan of a nice, slow fade-out over the course of about 30 minutes. Dialing into a dull orange tone first can help mimic a sunset, and in the process, lull you into a peaceful night's slumber.

Just make sure to check the app before you buy any specific smart light. Philips Hue and Lifx each offer decent fade controls in their respective apps, for instance, but other brands might not.

While I've got you on the subject of apps, consider looking to third-party app developers to teach your smart lights a new trick or two. Most major brands offer software kits that allow those kinds of outside developers to make their own, custom controls for your lights -- including ones that do things your lights can't do on their own.

For instance, one developer offers a variety of different apps for Hue, Lifx, and Nanoleaf lights that let them simulate a thunderstorm or a crackling fire. Other developers have apps designed to offer better controls for syncing lighting changes up with whatever music you're listening to, or other fun, kid-friendly effects, like fireworks. Most are available on both Android and iOS devices, and only cost a couple of bucks.

Something to watch for in the coming months: improved connections between color-changing lights and the stuff we watch on TV. Philips is leading the charge here with new "Hue Entertainment" integrations, including ones already live that let you sync color changes with popular PC games. Soon, new Hue Sync computer software will let your lights sync with whatever is on your screen, period.

What's really cool about integrations like these is that they learn the position of your lights relative to your screen. That means that the synchronized lighting changes will be positional, as well. The effect is especially striking with animated films, most of which typically feature vivid imagery and brightly-saturated color palettes. Translation: it's an especially kid-friendly feature for a product category that already has a ton of kid appeal.

This rundown is by no means exhaustive -- if you've got a creative idea of your own, let us know about it in the comments!