Lamont Jackson remembers clearly when he felt seen at school — and when he did not.

Jackson, San Diego Unified’s recently-named superintendent, said he got to where he is now because he had teachers who held high expectations for him and believed he could succeed, even when he didn’t believe it.

This story is for subscribers

We offer subscribers exclusive access to our best journalism.Thank you for your support.

Growing up in a low-income neighborhood with divorced parents, Jackson said his life could easily have turned out differently. That’s why he is determined to change things now to make sure more of San Diego’s students get opportunities, no matter their background or where they live.

To be seen and heard

Jackson grew up in southeastern San Diego. His parents divorced when he was young. He was raised by his grandmother, a Black woman who grew up in the South. His father was 21 when he had Jackson and was trying to make ends meet.

Jackson first attended Emerson/Bandini Elementary in the Lincoln High cluster of schools, then his father and grandmother switched him to Longfellow in the Clairemont High cluster because it offered a Spanish language immersion program.

Growing up biracial — Black and White — and growing up without his birth mother, Jackson said he struggled to find his identity.

“The challenge was recognizing that I would get teased because I was light-skinned, but the reality is I was still Black, but I wasn’t dark enough,” Jackson said.

“Growing up not wanting to be called the n-word, you make things up, and so that was part of the struggle,” he added. “‘Cause people don’t know, right? ‘Are you Puerto Rican?’ ‘Are you Hawaiian?’ It’s other people defining my identity. And for me it was whatever ... was acceptable then, I was okay with that. And what that caused me to do was deny who I really was as a Black man.”

It wasn’t until he studied topics such as group dynamics and adult development at the University of San Diego in graduate school that he realized who he was, he said. Now as an education leader, he wants to make sure that students and staff are given chances at school to discover who they are. He has pointed to anti-racism, inclusion and diversity training as an important undertaking for the district.

“Who I am is a mix of all of my experiences; it’s not just one thing or another,” Jackson said. “I have to identify as a Black man. And I’m very proud of that. I think it’s important for every single human being to be proud of who they are. And that’s my job to hold space for them.”

Like many of his students, Jackson is no stranger to personal loss. His grandmother died while he was in high school. His best friend was imprisoned after being involved in a murder. His father and his sister died.

The people who filled in those gaps in his life were teachers, Jackson said.

He was lucky enough to have several teachers who pushed him toward high expectations, he said, yet cared about him beyond just how well he did in academics and athletics.

He met several of these personally invested teachers when he was among the first students to participate in a program called AVID. It is now a nationally recognized, award-winning student support program that prepares disadvantaged students for college. In the 1980s it was created by Jackson’s teacher, Mary Catherine Swanson, at his alma mater, Clairemont High.

Also among his teachers was Ira Henderson, who comforted Jackson at his grandmother’s funeral as he was sitting alone. And Dan Miller, his advanced English teacher and football coach, was the first and only person to teach Jackson how to tie a tie, he said.

“It wasn’t about controlling where I came from. It was, here’s a young man who is off to go to an interview and he needs support,” Jackson said.

Jackson said he was an average student and didn’t think he was as smart as others around him. But these teachers still believed he could succeed and looked at his potential.

He also knows how it feels to be ignored by a teacher. 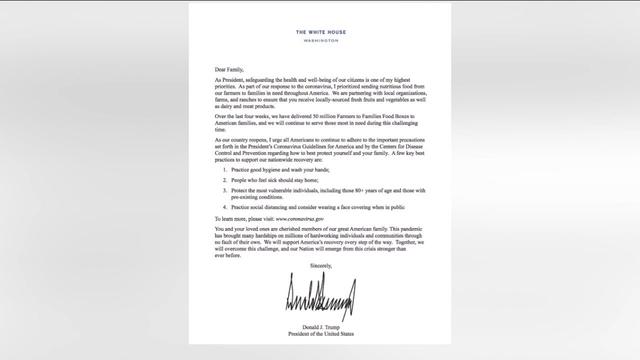 When he was a high school sophomore, he had a Spanish teacher who only called on other students when he raised his hand to answer questions, even though he sat in the front row and wanted to participate.

Eventually he said loudly to the teacher, “Are you going to ignore me?” and the teacher told him to stop being disrespectful. Jackson said he replied, “I’m outta here.”

The teacher sent Jackson to the counselor’s office with a referral, he said. The memory stuck with him.

Still, Jackson said, he wants to thank that Spanish teacher.

“Maybe they didn’t know any better,” he said. “Because of them, I’m able to be a better educator. We need to appreciate it all.”

Jackson tries to start every day with a school visit. On a recent Thursday, he went to Holmes Elementary to cook and garden.

During a cooking lesson in the school auditorium, Jackson pulled up a chair and sat with the fourth-graders while the other adults stood in the back. He struck up conversations about what foods the kids liked and volunteered to help with the teacher’s cooking lesson. He got up and put on the only apron available — a child-sized apron that didn’t reach below his belt.

“Oh fine, make fun of me,” he joked as the kids smiled and applauded.

Jackson sautéed onions and garlic and cooked a pot of Mexican fried rice. As he was leaving he told the kids, “I gotta go, but I really wanna stay.”

He turned to the teacher, gave her a fist bump and told her, “You’re awesome.” On his way out, he fist-bumped a row of kids as they waved goodbye.

Jackson moved on to a gardening class, where he participated in the lessons as if he was a student. He peered at bugs, observed plant leaves and stood in line with students to listen to a teacher lecture about weeds.

Throughout the day Jackson ran into staff he has known in his 34 years working for the district. There were hugs and loud greetings like, “Hey, what’s going on!”

Several staff members told him they had hoped he would be named superintendent. One said, “I was rooting for you,” and another, “You’re one of us.”

One longtime friend who happened to be working at the school for the day handed him a gift bag containing one of her favorite books. He was so moved he gave her a long hug, closed his eyes and cried quietly.

At Holmes, Jackson thanked those who congratulated him but said the job is not just about him.

The day school board members selected Jackson as superintendent, they said it was because he already had built trust in the district and had a reputation for honesty and sincerity. They need a leader like him, one trustee said, at a time when the district needs to rebuild relationships with stakeholders.

Both before and during the pandemic, parents and community members have complained that the district’s communication is not consistent or put into layman’s speak. The district has gotten heat for moving public comments to the end of board meetings, keeping board meetings virtual, and taking months to fill public record requests.

During the superintendent search, community members said they wanted a leader who is transparent, honest, accountable, someone who doesn’t surround themselves with people who only say “yes” or who pat each other on the back.

Many in San Diego Unified, including some who have been critical of the district, said they believe Jackson can help change the district for the better.

“Families are really looking for authenticity and for acknowledging when there’s problems, and seeking solutions,” said Moira Allbritton, former chair of the district’s special education advisory committee. “I’ve seen (Jackson) in other environments have that kind of a demeanor, and I’m really hoping we can take that to scale, to borrow a phrase from a prior administration.”

People in San Diego Unified also are looking to Jackson and the district to level the playing field for students. While district leaders have celebrated high graduation rates and national test scores, the district has been unable to close some achievement gaps hidden behind those numbers, at the individual school level, for instance, and among several student groups, including Black and Latino students, students with disabilities and students learning English.

Jackson has said he wants to remove course prerequisites and other barriers that prevent students from taking advanced courses. He also has talked about putting mental health clinicians in every school and expanding anti-racist training for staff.

But the first thing that needs to happen, Jackson said, is that adults need to see and hear every student.