Trek to Yomi is a smart, stylish, and patient Samurai revenge saga

One minute, Trek to Yomi has me crossing swords with my Sensei in a quiet village dojo. The next, it has me sprinting towards a burning building on the other side of town, dashing through bustling street markets, and making frantic shortcuts through Edo-era architecture to fight by my master's side. Bandits have raided our homeland, you see, and while barely strong enough to hoist my blade above my head, it appears I'm needed on the frontlines as much as our town's most seasoned swordsmen.

Fast forward 10 minutes, and I'm stroking the ashen face of my fallen Sensei. I've murdered several men, and my master has been slain while saving my life. I'm crouched by his side hearing his last words. My sister stands over us and cries. And yet, despite the breakneck speed of its opening scene, Trek to Yomi is one of the most thoughtful and patient martial arts-inspired ventures that have graced video games of late, while also being one of the most beautiful.

Time is of the essence

Speaking to the latter first, Trek to Yomi really is stunning. In the most obvious sense, its grainy, sepia-coloured palette and contrasting shadows conjure an uncompromising, sombre, and moody tone that feels steeped in tradition. This conceit is only bolstered by its fixed camera angles, which, in the spirit of so many 90s action-adventure games, switch abruptly with each passing set of scenery. Flying Wild Hog says the game's aesthetic is intended to capture "the spirit of classic samurai film", and it certainly manages that at face value. 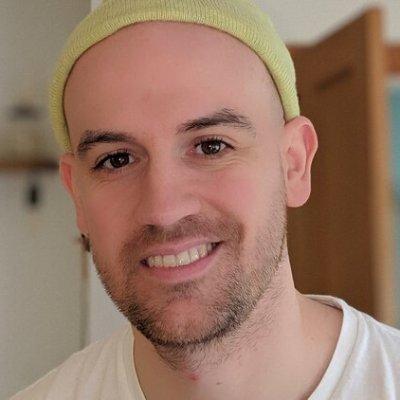 Against the developer's previous work on the Shadow Warrior series, Trek to Yomi is a far more considered and serious slant on martial arts action – one which likely flies closer to the likes of SloClap's Sifu. Sifu, of course, instead leans on Chinese action films set within an entirely different era, but when considering the broader pantheon of revenge tales among Asian cinema-inspired video games, Trek to Yomi more than holds its own.

Unlike Sifu, and indeed the Shadow Warrior series, Trek to Yomi is more sedate in its approach to combat. That's not to say it can't be frantic, or that you can't carve up your foes with the same twisted vigour as Francis Begbie; enemies have a tendency to swarm in packs in Trek to Yomi from side-to-side, and your only reliable way out of danger is to enact Zorro-like swordsmanship. But each brawl unfolds at a steady pace, with an onus on timing each swing, light or heavy attack, with meticulous precision. The same applies in defence, when breaking an enemy's guard with a perfectly timed parry can give you the upper hand in just one or two strikes.

After the aforementioned Sensei murder, the game's timeline jumps forward, with you assuming control of an older version of protagonist Hiroki. Now filling the shoes of a more seasoned swordsman, combat in turn moves quicker – but it never loses its sense of patience. I made comparisons to Bushido Blade's measured fighting mechanics in my Sifu review, however the distinction is even more viable here.

While fighting wave-after-wave of multi-levelled baddies (including beheadable bosses and supernatural swords folk), a host of game mechanics keep things interesting. Like many action-adventure games, health and stamina bars must be eyed carefully, lest you run out of puff mid-fight, or, you know, die. While hardly unique to Trek to Yomi, deciding when to advance, when to retreat, when to block and when to parry is absolutely vital, something which feels especially important here given how stifling and time-consuming each battle can be. To balance this out, a healthy number of health and stamina-replenishing Shrines are dotted around the world, meaning you're never far from respite after the most gruelling swordfights.

Moreover, Health and Stamina Upgrades provide permanent boosts to each respective bar, which can often alter the complexion of individual fights; while Rewards in the way of upgrades are occasionally handed down after defeating new enemies or completing specific tasks. Civilians felled by your enemies – the ones who've survived, at least – can offer clues and hints as to where to head next, and can even grease your palms for helping them out in a tight fix. In one instance, I wandered off the beaten path to hear a woman screaming from inside her home. I dashed in, slaughtered a couple of rogues giving her a hard time, and was rewarded with a handful of Shuriken Blades, projectiles which later helped me defeat one particularly stubborn hat-wearing antagonist.

In doing this, I uncovered one of the game's Secret Areas – spaces away from the main questline that house everything from people in distress, like the woman mentioned above, to Collectibles, Rewards and Shrines. And while I found myself funnelled towards wherever I needed to be for the most part during Trek to Yomi's demo, there is always a sense that things exist just beyond the path you're on.

Learning by doing strikes at the heart of Trek to Yomi, and from the fraction I've seen of it in motion, I think Wild Flying Hog has done a fine job of pacing the player's rise from novice swordsman to seasoned samurai. It's worth noting I played on difficulty tier-two, 'Bushido' mode – "for those who want both story and sword" – and still got my arse kicked more than once. For those who dare tackle Trek to Yomi in 'Ronin' or 'Kensei', you have more honour than I.

Trek to Yomi, from Flying Wild Hog and Devolver Digital, has a tentative 2022 release date.