The consequences of hacking our dreams

LEONARDO DICAPRIO: (As Dom Cobb) The seed that we plant in this man's mind will grow into an idea. This idea will define him.

FOLKENFLIK: Something lifted from the movie "Inception."

DICAPRIO: (As Dom Cobb) Well, it may come to change everything about him.

FOLKENFLIK: Planting an idea, a desire in someone's dream is a concept that's excited not only screenwriters but scientists and now advertisers.

UNIDENTIFIED PERSON #1: Do you think it's possible to put a big game commercial in someone's dream?

DEIRDRE BARRETT: It would be possible.

FOLKENFLIK: That's a Coors Light ad from earlier this year in which researchers tried to influence and hack the dreams of test subjects... 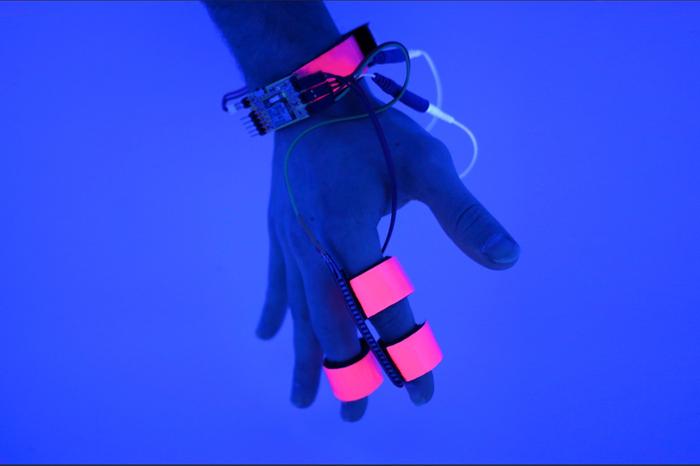 FOLKENFLIK: ...Hoping to embed a desire to crack open a cold one.

UNIDENTIFIED PERSON #4: Get into your bed and get comfortable. Watch the video. I want you to tell yourself that you want to dream about the video as you fall asleep.

FOLKENFLIK: And this concept that advertisers could plant ideas in sleeping subjects is gaining traction.

ROBERT STICKGOLD: I mean, they're all gung-ho for it.

FOLKENFLIK: That's Robert Stickgold, a Harvard professor who has studied sleep and dreams for the past 25 years.

STICKGOLD: A recent survey of marketing firms found that 77% of advertising agencies and marketing groups say that they hope to start using this type of dream incubation within the next three or four years.

FOLKENFLIK: Last week, Stickgold and two other sleep scientists published an article in Aeon magazine about dream advertising. Stickgold says there's power in how what we see when we're asleep shapes our reality when we're awake.

STICKGOLD: I mean, dreams are actual mechanisms that have evolved biologically to help us make critical decisions about how to lead our lives in the future.

FOLKENFLIK: Adam Haar, a Ph.D. student at MIT and co-author of the recent article, agrees. During dreams, he says, our brains form associations, and advertisers love that.

ADAM HAAR: You can sell people a product by selling them an association. So, you know, cigarettes are freedom, or a car is masculinity.

FOLKENFLIK: Recent studies have shown that making associations while asleep could help treat things like addiction. In one study, scientists took adult smokers and delivered targeted smells while they slept - cigarettes combined with rotten fish. And when they woke up, the smokers exposed to these nasty smells showed a 30% reduction in smoking the following week.

ANTONIO ZADRA: But these people have no memory that they been exposed during the sleep to this stimuli.

FOLKENFLIK: That's Antonio Zadra from the University of Montreal, who's a co-author of the book "When Brains Dream," which he wrote with Stickgold. Not only that, he says, when researchers pumped that smell while subjects were awake, it had no impact on smoking behavior.

ZADRA: So there's something really unique and preferential about the impacts of things you can modify during people's sleep.

FOLKENFLIK: Like the debate over subliminal advertising in decades past. Using dreams to sell an addictive product, like alcohol, raises ethical concerns for all three researchers. When you mess with dreams, they said, there could be real consequences for how we function psychologically. But all three were clear. Advertisers have a long way to go before this could work at scale, even if millions of Americans do have smart devices monitoring sleep cycles.

ZADRA: The technology might not be fully there yet, but we think it's really just a matter of time. So maybe we should be more proactive.

FOLKENFLIK: That could mean dreaming up new ethical guidelines or even new regulations before it's too late.

Copyright © 2021 NPR.All rights reserved.Visit our website terms of use and permissions pages at www.npr.org for further information.

NPR transcripts are created on a rush deadline by an NPR contractor. This text may not be in its final form and may be updated or revised in the future. Accuracy and availability may vary. The authoritative record of NPR’s programming is the audio record.