We’re not too far off from the (supposed) release of Samsung’s Galaxy S22 series, which is reportedly set for February, after the rumored release of the Galaxy S21 FE. The phones have leaked many times already, but now we have a look at one accessory Samsung might release alongside the S22: a new wireless charger.

Samsung already sells many wireless chargers, such as the Wireless Charging Stand and Duo Fast Wireless Charger Pad, but none of them exceed 15W of power output. However, an upcoming wireless charger (via MySmartPrice) just received certification from the United States Federal Communications Commission (FCC), which seems like it will charge faster. One diagram of the bottom of the charger shows an input speed of 9V/2.77A, which roughly equals 25W. The model number is also identified as EP-P2400. 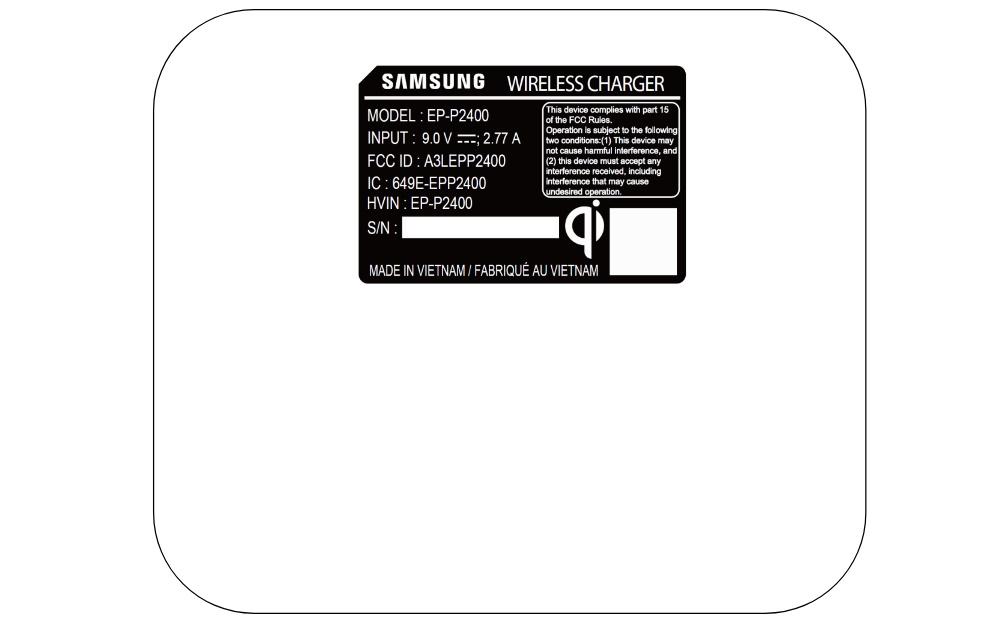 The only photos of the charger are in the Radio Performance Report, where it was being tested with four different devices: the Galaxy S21, Galaxy Note 10, Galaxy Buds Pro, and Galaxy Watch 4. The watch and earbuds were charged at 2W, and the Galaxy S21 was tested at 4.5W/7.5W/15W. The Galaxy Note 10 was only charged at 4.5W, even though the regular Note 10 supports up to 12W (the Note 10+ pushed that to 15W).

The photos of the charger are obscured the FCC’s equipment and the phones sitting on top, but it does appear to sit flat on a surface (as opposed to an upright stand, like some of Samsung’s other chargers) and has rounded corners. One FCC document confirms it has a USB connector (“The EUT was connected to USB and the power of USB was connected to Adapter”), but it’s not clear if there’s a Type-C port or not. Samsung’s more recent wireless chargers have UBS Type-C connectors, so it’s likely, but the documents don’t 100% confirm that detail.

Given that all of Samsung’s existing wireless chargers are limited to 15W because Samsung doesn’t sell anything with faster speeds, this 25W wireless charger could be an indicator that the company is working on phones with 25W wireless charging. Tech leaker Ice Universe mentioned back in September that the regular Galaxy S22 would support 25W charging (presumably wired, but they didn’t specify), while the S22+ and S22 Ultra might reach 45W.

Corbin is a tech journalist and software developer based in Raleigh, North Carolina. He's also the host of the Tech Tales podcast, which explores the history of the technology industry. Follow him on Twitter at @corbindavenport.