Oppo showcased a folding smartphone prototype to the world just a few months ago. It looks like the company is now all set to bring the device to the market to compete against brands like Samsung and Huawei.

As of now, Samsung and Huawei are the only major smartphone brands that have folding smartphones in their portfolio. This is all set to change with the launch of the Oppo Folding Smartphone (Oppo X 2021), based on the most powerful Qualcomm processor. 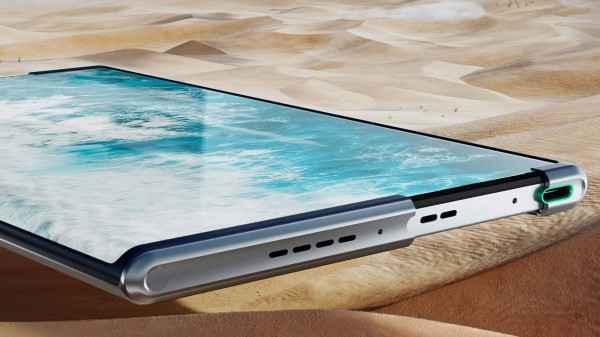 Oppo, on the other hand, uses a rolling display tech, where, with just a touch of a button, the display expands in itself. This will be similar to the concept folding smartphone that Oppo recently showed off with a few improvements to make it ready for real-world usage.

As per the specs sheet, a rolling 120Hz OLED display with a whopping 2K (QHD) resolution, making it on point with other folding flagship smartphones. Given the type of display, Oppo is likely to use a plastic-made screen protector with a bit of a glass infusion to improve the scratch resistance.

Under the hood, the Oppo Folding Smartphone will utilize the Qualcomm Snapdragon 888 SoC. The smartphone is likely to ship with Android 12 OS with a custom ColorOS 12 on top. A 50MP primary camera sensor is also said part of this unique package, which is likely to include an 8K video recording capability.

The Oppo Folding Smartphone is said to launch in China next month. However, as of now, there is no information on the international availability of the same. Given the global chip shortage, Indians might have to wait till 2022 to get a taste of Oppo's first commercial folding smartphone and the world's first rolling display smartphone.

This is probably the one question that we don't have a definite answer to. Given this is a one-of-a-kind folding smartphone with a unique rolling display mechanism, we currently don't have any data on how long this device is going to last. Again, this is something that is applicable to all smartphones, especially on devices with movable parts.

If you are an enthusiast and trying to import a device like the Oppo Folding smartphone is also a bit risky, as you won't be able to service the device or even buy official accessories. Even if the device officially gets launched here in India, the device might just be available in limited quality and will be sold on a first-come-first-serve basis.