If the All Blacks are still on the quest to reinvigorate their front row stocks with ball-playing props then Ollie Norris’ performance against Moana Pasifika on Saturday night should have turned a few heads.

Since the build-up to the previous Rugby World Cup, the All Blacks selectors have called upon New Zealand’s front-rowers to lift their game in the loose. When Owen Franks and Karl Tu’inukuafe were omitted from the squad to travel to Japan, then-coach Steve Hansen made it clear that mobility and dynamism were equally as important attributes as being a strong scrummager.

“We’ve said that we want mobile, ball-playing props who can also do their roles,” Hansen said at the squad announcement.

“When you talk about mobility, you’re talking about people’s ability to get back up from the ground and defend and get back and be a ball player.

“In today’s game, you need props that can do more than just scrum and lift in the lineout so that’s been our challenge in the last 12 months that we’ve put to our front-rowers and some of them are progressing really well with it and others are struggling.”

While Moana Pasifika put up a good fight in the early stages of their first home clash of the season, the Chiefs eventually cut loose to score a comfortable 59-12 victory. Who put on the strongest individual showings?

In the years since, the message has remained the same: you can’t be a test-level prop if you’re sole strength is in the set-piece.

Blues forwards coach Tom Coventry – who has access to four All Blacks props in his squad, Nepo Laulala, Ofa Tuungafasi, Alex Hodgman and Tu’inukuafe – reaffirmed ahead of the Super Rugby Pacific season that mobility remained one of the key work-ons for his contingent.

“A few years ago it was the lock role I thought we had to really ask questions of the skillset, but today it’s props definitely around the track, being decisive with decision-making, and their ball-skills under pressure now with lines coming hard at them,” Coventry told Stuff. 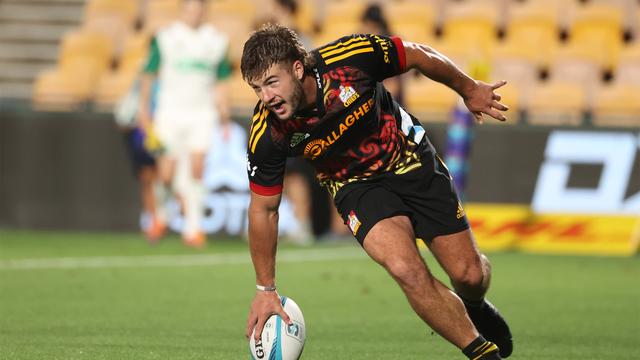 “They’re all skillsets that probably have to adapt. The question is on the money – that’s where we have to look for the future with our front-rowers.”

“We’ve got props working hard already on what we’re talking about, with a lot of handling work … I think agility and the ability to move and make decisions is the key. That’s largely to do with aerobic fitness, but also putting them under pressure at training so they can affect those skills when they need to.”

Last year, the All Blacks utilised eight props throughout their 15-match campaign: George Bower, Tyrel Lomax, Joe Moody, Angus Ta’avao, Ethan de Groot, Laulala, Tuungafasi and Tu’inukuafe. Of those eight, perhaps Bower, Lomax, Ta’avao, De Groot and Tuungafasi could put their hands up as ball-players – but that might be stretching it for some in that group. Moody and Laulala, however, remained the first-choice players throughout the season, when fit and available.

Certainly, all eight of those players won’t feature for the New Zealand national side this year with the slightly contracted test season but there could be a few big names omitted as the season wears on if the All Blacks selectors put their money where their mouths are and look at investing in a man such as Chiefs loosehead Norris.

Norris played in the loose forwards during his formative years and only made the switch to the front row in 2018 after being told he could either become a “club legend” at number 8, or push for higher honours as a prop.

It wasn't long ago that new Maori All Blacks recruit Ollie Norris made a decision that changed the trajectory of his career.

While the 22-year-old is still working on developing his skills in the dark arts at scrum time, he’s as dynamic as props come and has stood up for Waikato and the Chiefs in recent seasons thanks to his excellent work in the loose.

Ball-carrying has always been the young front-rowers speciality but against Moana Pasifika at Mt Smart, Norris showcased his excellent skills in the breakdown, snaffling three turnovers throughout the match. According to Opta, that’s the third-most turnovers a prop has snaffled throughout Super Rugby history.

That’s not to downplay his abilities at the set-piece either. His work at scrum time on Saturday was also more than commendable, with the Chiefs scrum dominating Moana Pasifika throughout the game, earning half a dozen penalties or advantages.

Norris is now in his third season of Super Rugby and earned a first call-up to the Maori All Blacks last year, indicating the powers-that-be are aware of his talents. While he would likely be the first to admit he’s nowhere near the finished product just yet, the All Blacks coaches should be looking at Norris as the type of player they can mould into a beast at scrum time, but who already possesses the mobility they’ve now been searching for since 2019.

There are other front-rowers around the country who also boast high ceilings, including the Highlanders’ Jermaine Ainsley and the Crusaders’ Tamaiti Williams, but Norris is the one who has stood up the most in his short career to date and a man who should be making big strides as the season progresses.

Join RugbyPass+ now and be apart of the conversation with all-new commenting!