The transition of the smart lighting brand formerly known as C by GE is complete. Starting on 8 June, the new Cync app drops as GE says goodbye to its General Electric roots and embraces its new owners, Savant.

Cync is celebrating the rebirth by launching an ambitious new line of smart home products alongside a completely revamped app.

These products join the existing C by GE smart bulbs and C by GE smart switches, which are being rebranded as Cync. All the previous C by GE products will work with the new line and will transition to the new app automatically.

The camera is the company’s first foray into a non-lighting product in its 130-year history and marks the beginning of its ambitions to become a complete smart home ecosystem.

“We’re building an ecosystem, we’ll have one app for the whole home,” Paul Williams, GM of Product Management & Growth at Cync tells The Ambient. “We’ll have a HVAC product later this year and are also looking at the safety and security space.”

In addition, Williams told The Ambient that Cync is looking at partnerships and integrations with other products to achieve that whole home goal. "There are some areas where it makes sense to use the expertise of other companies," he said.

The Cync line is sticking with its Wi-Fi and Bluetooth mesh connectivity protocols, and while the company is part of the CHiP/Matter group, Williams says they are “still trying to figure out the direction we’ll take with that.”

Cync launches with an all-new app

This renewed focus on the whole smart home goes hand-in-hand with the launch of the company’s new app. The Ambient got access to an early version of the app and our first impressions are very favorable.

Featuring controls similar to the advanced smart home options of its parent company Savant, a leader in the high-end home automation, the Cync app is a ground-up rebuild.

Gone is the clunky UI that plagued C by GE's robust and inexpensive smart lighting system and in its place is a sleek, absurdly simple interface that puts your controls front and center and does away with any brandingor unnecessary fluff.

There are a couple really cool features here too, again courtesy of the Savant connection. 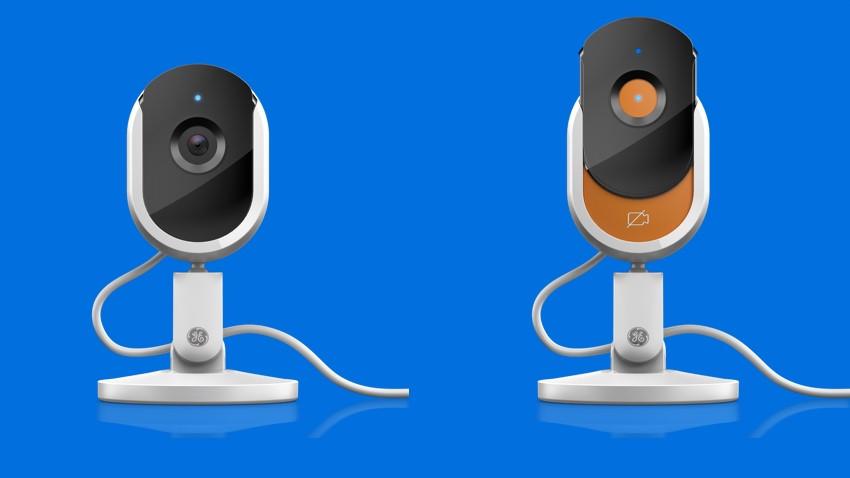 TrueImage is an AR-style look at your lighting, that lets you see what it looks like wherever you are. Snap a picture of the bulb in the fixture, or your whole room, and then when you go to that light or room in the app the picture shows you the current state of the light.

For example, if you change the lighting to purple in the app, the light in the picture also changes to purple. This gives some much needed context to smart home control – allowing you to see in virtual real time what your room looks like.

The Fast Capture feature is a huge time saver and something we are surprised more lighting apps don’t do. Simply set the lighting in your room exactly how you want it for a certain time of day or mood, then tap a button in the app to capture those settings as a Scene.

Other features in the app include an easy swipe right on a light or group of lights to adjust color or brightness. You can also schedule Scenes to come on and off by time of day (no sunset or sunrise scheduling, yet).

We did encounter one feature/bug we weren't keen on. If any light in your Scene is disconnected the entire Scene will not run. You also can't remove that light from the Scene until it's reconnected.

It's also not easy to quickly edit schedules for your Scene - you have to go through the whole process of creating the Scene. Similarly, basic automations aren't very robust yet, for example you can't set a schedule for a single light, you have to build an entire Scene to do that.

The new app has been rolling out to current users this past week and will launch to new users on June 8. All your existing C by GE products will work in the new Cync app and your rooms and scenes will transfer over automatically. Also, as a bonus there is finally an iPad app. If for any reason you need to stick with the legacy app that's an option.

Cync's first foray into home security is the Cync Cam, asmart home security camera. The most noteworthy feature of this compact, wired, full HD indoor cam is a physical privacy shutter you can push up to disable both the lens and the microphone. There's an in-app privacy switch, too.

Costing $69.99, it features advanced motion detection, night vision, two-way audio, and local storage. Or you can pay for cloud storage for $3 a month / $30 a year per camera. We're currently testing the Cync Cam and will have a review shortly. It goes on sale 8 June.

Also available 8 June is Cync's new outdoor smart plug. Priced at $29.99 this is the company's first outdoor product and can be used to control string lights, water pumps, fans, and other outdoor gadgets.

With two independently controllable outlets, the Wi-Fi and Bluetooth-controlled plug is rated IP64 and 120v with a maximum load of 15 amps.

You can control the plug through the app, with voice with Alexa and the Google Assistant or physically on the device.

This lets you control ceiling fans from the app, where you can add it to Scenes and put it on a schedule, or control its four speeds with your voice. The company is also launching a full-color, outdoor floodlight.

Both products are coming this summer, no pricing is available yet.