Mazda is emerging as America's newest high-volume premium crossover manufacturer. Like Acura and Lexus before it, Mazda has steadily improved its product beyond conventional brand levels. Read any review of a Mazda product and terms like premium, quality, and luxury features are common. Once a company that relied on Zoom-Zoom to capture buyers, Mazda has evolved into an automaker with a product that has a perceived quality that goes beyond the lamestream.

In addition to being a premium brand, Mazda is also morphing into a high-volume manufacturer of its key models. The Mazda CX-5 is the company's top seller. This model isn't just outselling its competitors like the Acura RDX and Lexus RX, but now also traditional high-volume models. In May, Mazda's CX-5 outsold the Ford Escape. 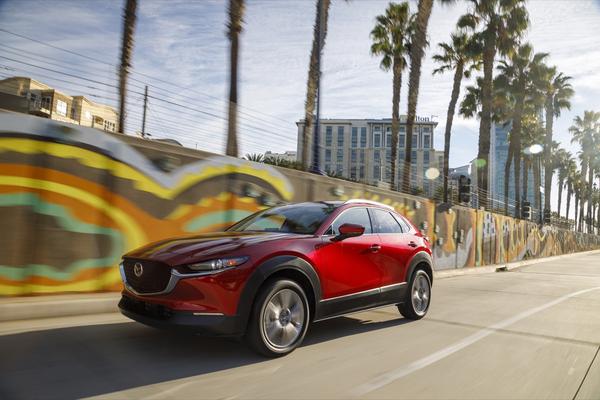 This leap by Mazda was not a one-month glitch. The CX-5 has been a top-20-selling vehicle in America before. And the CX-5 is not alone. Mazda's new CX-30 crossover doubled in sales year over year in May. The market share gains that Mazda is making are not due to its competitors stumbling so much as Mazda just being at the top of its game. “Last month, Mazda sold more vehicles in the US than in any other single month in our history and our market share rose to an all-time high of 2.7 percent,” said Mazda North American Operations President Jeff Guyton. “This success is due to due to several factors including overall increased consumer spending, having stronger inventory than some of our competitors, switching up dealer allocation orders and the numerous accolades Mazda has achieved for its outstanding safety, reliability, and elegant design craftsmanship. The result was the perfect intersection of opportunity and preparation.”

Mazda's sales success isn't limited to crossovers either. Everyone loves the Mazda Miata. In May it was the top-selling affordable convertible sports car in America. Sales increased by over 25% year over year. During the market upheaval of the past year, Mazda's Miata has somehow been growing in sales regularly. While other automakers are moving away from convertible sports cars, Mazda is continuing its four-generation long dominance.

Mazda is the company to watch this year. The company is planning to begin the production of an all-new crossover made in an American production facility. Additionally, Jeff Guyton, President of Mazda North American Operations, said in an April statement that “The battery-powered MX-30 will begin the introduction of additional electrified models, including a series plug-in hybrid with a rotary generator for MX-30, a plug-in hybrid for our new large platform, and a traditional hybrid for our new American-made crossover."

John Goreham is a long-time New England Motor Press Association member and recovering engineer. John's interest in EVs goes back to 1990 when he designed the thermal control system for an EV battery as part of an academic team. After earning his mechanical engineering degree, John completed a marketing program at Northeastern University and worked with automotive component manufacturers, in the semiconductor industry, and in biotech. In addition to Torque News, John's work has appeared in print in dozens of American newspapers and he provides reviews to many vehicle shopping sites. You can follow John on TikTok @ToknCars, onTwitter, and view his credentials at Linkedin