Your Apple Watch might not unlock your iPhone 13, but a fix is coming

Apple has warned owners of its new iPhone 13 model that they might not be able unlock their phone with an Apple Watch due to a software glitch.

The good news is that Apple is lining up a software update that should resolve the problem, according to a new support document.

"You might see "Unable to Communicate with Apple Watch" if you try to unlock your iPhone while wearing a face mask, or you might not be able to set up Unlock with Apple Watch," Apple notes.

It says this will be fixed in an upcoming software update.

Until the update is available, users can turn off Unlock with Apple Watch and use a passcode to unlock an iPhone 13. Users need to go to Settings > Face ID & Passcode.

Apple created the Watch unlock feature for the iPhone in response to Face ID being obstructed by people wearing face masks. Instead of glancing at the iPhone's facial recognition camera sensors, a nearby Watch that's being worn and unlocked, can unlock the iPhone. A similar feature is available for macOS devices. 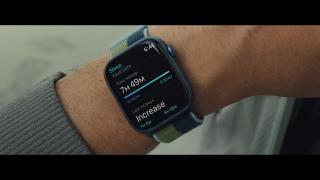 The feature is handy for users with an iPhone and Apple Watch but it has had problems before on older iPhones with Touch ID. This only affected enterprise users.

Otherwise, the feature requires an iPhone that uses Face ID, including iPhone X or later, and is running iOS 14.5 or later. The person needs an Apple Watch Series 3 or later with watchOS 7.4 or later.

The Watch also needs to be paired with an iPhone and both the iPhone and Apple Watch need to have Wi-Fi and Bluetooth on.

Face ID fails when users have a mask that covers a person's nose and mouth. The Watch side of the unlock requires wrist detection to be enabled.

"Next time you unlock your iPhone after tapping this button, your iPhone will need you to enter your passcode."

SEE: Smartphone sales are riding out the global chip shortage

It's not clear when Apple will release the update to fix the issue or what version of iOS it will come in. MacRumors notes that the first beta of iOS 15.1 was released last week, but Apple may release a minor iOS 15.0.1 update with bug fixes.