New updates are being added at the bottom of this story…….

The Google Pixel 6 and Pixel 6 Pro launched in October. The first buyers discovered that the fingerprint reader of their device is one of the points that need improvement.

The problems with the fingerprint reader and the absence of Face Unlock make the biometrics of the Google Pixel 6 one of the most problematic sections.

While Pixel 6 phone users are still waiting for a fix for fingerprint reader performance, more issues have arisen related to the unlocking system (1, 2, 3, 4).

According to user reports, their Google Pixel 6 are constantly showing the message ‘Device was locked manually’ and requiring a PIN, instead of allowing to unlock with the fingerprint scanner.

Just got the Pixel 6 Pro. A bunch of times when I go to unlock my phone it says “Device was locked manually” and I need to enter my pin instead of my fingerprint. I’m not doing anything to manually lock my device. I’m using Smart Lock as well. It seems to be happening only in designated smart lock locations. 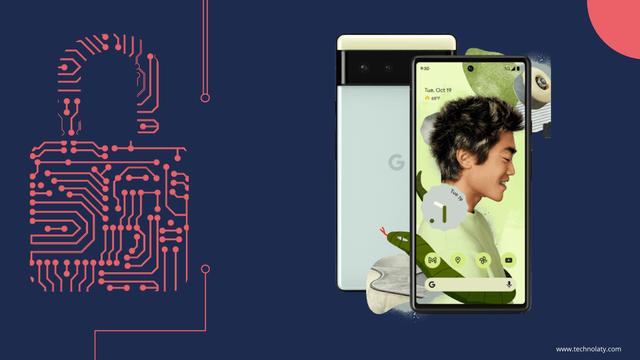 If you expand the notification shade on the lockscreen to read a notification and then collapse it again, it takes you to your pin entry instead of the FP reader. Which then requires an extra step to get to.Overall I can say if I can ovoid it I will never get a phon with an under display FP reader again. Huge disappointment so far.Source

An unusual situation regarding unlocking

It should be noted that, in some Android devices, the system asks to place the pin/pattern after a long time without having done it, as a security method.

For example, on Xiaomi/POCO/Redmi devices (MIUI), the system will ask the user to enter their PIN or unlocking pattern after 72 hours of not having done so.

However, according to the reports of affected users, the Google Pixel 6 would be requesting the introduction of the PIN several times each day.

Some users report that, in addition to a Pixel 6, they have another Pixel phone (like the Pixel 4a 5G) with the same security and unlock settings. However, the only one that presents the problem is the Pixel 6.

Device keeps asking for pin instead of just letting me use biometric unlock. My 4a 5G is setup the same and only asked for a pin after rebooting.

Is the biometric unlock less secure on the Pixel 6 thus requiring a PIN frequently? I would expect both phones to behave the same as both are on Android 12 with the same settings.

The whole point of biometrics is to not have to use the PIN.Source

It is not yet known if Google is aware

For now, it is not known if Google is aware of the bug. Affected users can only wait for the issue to be escalated to the development team soon.

In the coming days, if there is any new development in this regard, we will update this article. You can also check the bug/issue tracker dedicated to Google Pixel 6 and Pixel 6 Pro.

05:52 pm (IST): Some users pointed out that they are having this issue due to Smart Lock enabled which requires manual PIN every few hours. Therefore, disabling Smart Lock could fix this problem.