On a hot and humid August day near Geneva, New York, Garrett Boudinot stands in a field of hemp, the green stalks towering a foot or more over his 6-foot, 4-inch frame. Today, the mustached Cornell University research assistant will harvest six acres of the crop, weigh it in red plastic garbage bins, and continue to analyze the hundreds of water samples taken with measuring devices called lysimeters that have been buried in the field over the last three months. 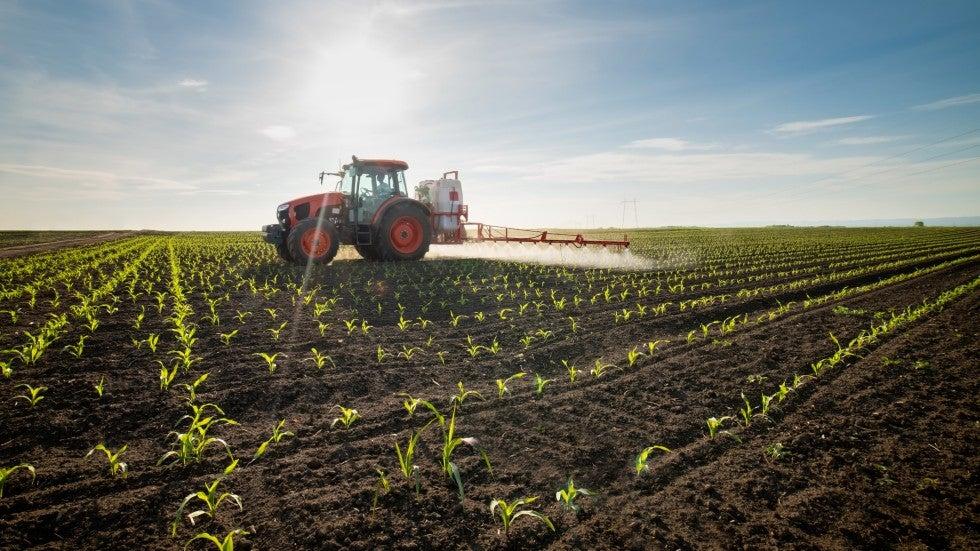 Boudinot, part of a research team at Cornell University, will sweat through the next two days of field work to see whether an unusual component added to the soil earlier in the year helped increase yields and sequester carbon. This soil amendment “we just call lovingly ‘rock dust,’ which isn’t very descriptive,” says Boudinot. “But it’s really silicate rocks that have been pulverized to a fine powder.”

The hemp field trial is just one of the projects being led by Ben Houlton, dean of Cornell’s College of Agriculture and Life Sciences. For the last two years, he and colleagues at the Working Lands Innovation Center, a research consortium based at the University of California, Davis, have been testing various soil amendments that grab carbon from the air and trap it below ground. They’ve tested biochar, manure, and rock dust used on the New York land and California farm plots, and so far, the most effective soil treatment is basalt pulverized into dust.

“As far as I can tell,” says Houlton, “ours is the largest-scale project of its kind, using this intensive sort of scientific approach.”