Two chancers attempting to break into a flat in Glasgow were scared away after being caught on a doorbell camera.

Both mean are seen wearing hats, gloves, dark jackets and have their faces covered.

One also has a rucksack on his back. 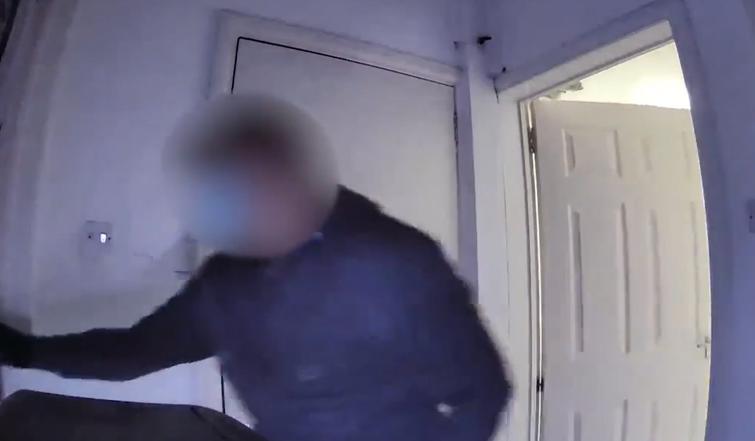 The video shows one man standing and looking around him while his pal tampers with the bottom of the door, which unbeknownst to them has a doorbell camera on it.

The person who forwarded the video, who wishes to remain anonymous, said the men were trying to take the locks off the door, and were scared away when he shouted through the camera that they were being seen.

They said: "Their locks got took off, but luckily they didn’t enter the flat as we shouted through the Ring Go and they went away. They appeared in the close flat and wondered the flat floors to check and then left.

The footage shows two men entering the building the day previous day and walking up and down the stairs.

One man hangs about on the landing and looks around him and out the window.

Police have confirmed to Glasgow Live enquiries into the incident are ongoing.

A Police Scotland spokeswoman said: "Around 8.05pm on Saturday, 12 March, police were called regarding a report of a housebreaking on Dyke Road, Glasgow.