If you’ve purchased any consumer electronics over the past couple of years, it’s likely you’re familiar with the Asus brand. They’ve been around a long time, cover most facets of online and consumer electronics with a strong presence and brand reputation. The Chromebox is one of those hardware options that, generally speaking, sits in the background quietly achieving.

As with the previous iterations, the Chromebox 4 has several iterations offering everything from a Celeron processor through the i3, i5 and up to i7 with prices just as varied: Starting at $629.00 up to $1,499.00 for the i7. Given the smooth and generally wonderful user experience of the Chromebox 3, what’s so special about the Chromebox 4?

When you’re dealing with ChromeOS you’re looking at a highly functional, yet minimalist working tool. One of the areas that have always made me happy to use ChromeOS is the automatic updates that keep your device secure. That coupled with the fact that Android Apps are available on the Play Store within the OS, makes a Chromebox or Chromebook so broadly functional.

Because ChromeOS is so “cut down” to the essentials, you’ll get great speed from any device running the OS. Even the Celeron option would be a relatively speedy — for basic use — machine that costs next to nothing to run due to the low power consumption.

To anyone who has used a Chromebox, or read our previous reviews this isn’t news. Staying true to form and their already impressive design, the footprint on the Chromebox 4 is near identical to the previous generation, with the same VESA compatibility for ease of mounting and minimising the space used by the device.

From a generational evolution viewpoint, this feels like a device that Asus had to make. It’s been three years since we saw the Chromebox 3 grace our shores, so definitely time for an update. The evolution has continued too when you take a closer look at the connectivity options on the box.

On the front of the box, you’ve got a headphone jack, 2 x USB-A and a MicroSD card reader. Everything you’ll need to — potentially — plugin and out on a regular basis. On the rear, you’ve got the power port, a Kensington lock port, ethernet, 2 x HDMI, 2 x USB-A ports and 1 x USB-C for power input, data and video output. All tolled you can connect up to 4 x 4K monitors to this making it a very capable device for daily use. 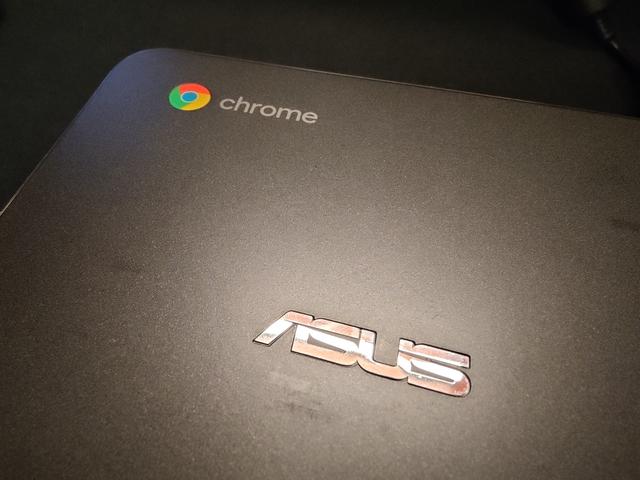 The Linux experience on ChromeOS has improved greatly too. Now you’ve simply got to go into the settings and install it. Once you’ve got the Linux interface installed, then there’s a pile of doors open for you on the interface. You’ve got the full array of Linux installation apps available, including options like Gimp that overcome some of the potential hurdles with the software on ChromeOS.

Provided you don’t want to do any gaming on it, you’ll definitely do well with a Chromebox 4.

The story hasn’t changed much since our review of the Chromebox 3. The biggest issues that some users will face are still present, starting with storage. While it’s easily expanded, if you’re using a ChromeOS device you’re probably well invested in the Google ecosystem with much of your personal data in the cloud so you may as well leave it there!

We’ve mentioned gaming already and while that shortfall is very much focussed on hardware (lack of video capability), there’s also a software shortfall in that major titles aren’t brought to ChromeOS. That extends to some of the mainstream video and photo editing options being notable by their absence. This certainly isn’t due to a lack of processing power, more likely the software developers lack the willingness to introduce another platform to maintain their software on.

The other issue that some users will face, is that — while improved greatly — some apps just aren’t designed for bigger screens. So while they do work, they’re clumsy in their implementation making the ChromeOS experience a little less polished.

Setting up a ChromeOS device these days is as simple as putting your Google username and password into the device. Particularly if you’ve got a decent set of plugins in Chrome, your daily workflow just transfers over. All you need to do is to install any further apps you use from the Play Store. If you’re an Android user or a regular Chrome, or ChromeOS user the Chromebox will be a really smooth, comfortable transition. Having access to any app you regularly use, makes this an option to do as much, or as little as you may want it to.

Whether you choose to leave the box on or boot it each time you want to access it’s a near-instant access device. The login screen will be ready for you in mere moments from hitting the power button, or keyboard to wake the device. As a productivity tool, I found myself going to the Chromebox during testing more than with my tablet or notebook. It could easily sit under a TV to stream media through, as a simple desktop machine or even as a second setup available to use low power but achieve a lot.

The market for Chromebox (or Chromebook) devices is potentially huge from home users and education, to corporate. If you’re looking to use ChromeOS in the workforce, there might be some workflow adjustments needed but it’s very capable as a platform. The lack of mobility for the Chromebox could present an issue for some, particularly considering the prices:

Now for that, you could easily grab yourself a decent white box, or even a gaming machine. Those options could also, through versatility, meet more needs. But if you don’t need those higher functions (video editing, gaming etc) of a Windows machine, then a Chromebox could be an outstanding solution for you and your family. It only takes moments to set up, has huge versatility and will automatically update (remaining secure) for years to come. If a Chromebox is going to meet your needs, it’s a one-off investment that will continue to deliver for you at a consistent level for years to come.