A spiritual Ford Falcon successor? The on-again/off-again Ford Mustang sedan rumours, why they're not going away and what this means for Australian V8 and EV fans alike

Is Ford seriously thinking about a Mustang four-door sedan?

We’re not talking about the unrelated Ford Mustang Mach-E – which though technically a four-door is actually an SUV that’s completely unrelated to the traditional Mustang bar the badges and a few design motifs – but a proper, four-door coupe or liftback.

A Kia Stinger or BMW 4 Series Gran Coupe rival, it would be based on either the coming S650 Mustang platform due out in 2023, to sit alongside the established Fastback and Convertible versions of the world’s most famous Pony Car, or be a low-slung version of the GE1 architecture servicing the Mach-E SUV, to give the Blue Oval a Tesla Model S rival.

Eventually, all Mustangs must adopt full electrification if they’re going to continue as a global sports car, especially as parts of Europe mandate the discontinuation of new internal combustion engine vehicle sales after 2030. This essentially limits the 2023 S650’s shelf life to around seven years.

So, what’s driving all this sedan talk?

Rumours of a four-door Mustang have been circulating for decades (check out the 1960s image below), but a recent spate of speculation from the United States suggests that Ford is considering this body style for production, and perhaps even in time for the nameplate’s 60th anniversary in 2024.

Such conjecture started in 2018, reportedly after a future-model discussion at a national Ford dealer conference in North America; it resurfaced last year and again this past May, according to the independent Ford Authority website.

Why would Ford bother when sedans have fallen so far out of favour?

For starters, a four-door Mustang would substantially broaden the appeal of the series to buyers who would otherwise look to European grand tourers like the Audi A5, Mercedes-Benz CLS and Stinger.

Additionally, the enduring success of the Dodge Charger – essentially a four-door version of the Mustang’s fiercest foe in America, the best-selling Challenger coupe – over the past decade has demonstrated the concept’s commercial viability. 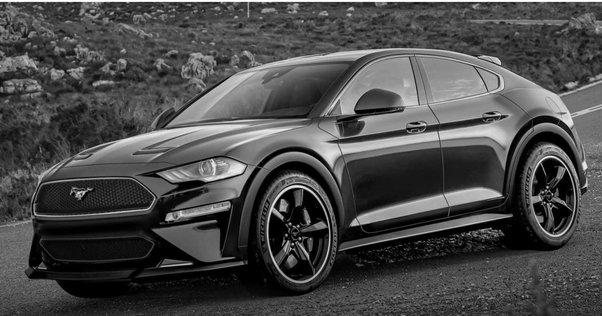 A four-door Mustang was teased way back in the '60s. (image credit: Ford Motor Company)

Archrival General Motors, too, is said to be developing a four-door electric vehicle that may sit in for the next-generation Chevrolet Camaro, as that latter has failed to fire in its latest two-door guise.

Ford is keen to further exploit the Mustang’s reputation as a sub-brand, as witnessed by the Mach-E, and with the latter now a sell-out success, an EV or electrified sedan offshoot would seem to be a logical step.

Of course, the Mustang grew out of the original Ford Falcon in North America back in 1964, meaning that a four-door Mustang would return the favour and begat a rear-drive Ford sports sedan in the mould of a modern Falcon GT.

Now, we’re not saying that Ford is considering resurrecting the Falcon name for a potential Mustang sedan, even for Australia, as the Blue Oval seems lukewarm on reminding the world of its local manufacturing past in this country; in the US, Falcon’s been dormant since 1970.

However, in September, UK publication Autocar reported that Ford’s design boss for Europe, Murat Gueler, revealed that the company may leverage its back-catalogue of famous badges to “emotionalise” future products in the face of ever-increasing competition from brands without the same level of heritage or affection amongst consumers, as a marketing advantage.

Ford is keen to further exploit the Mustang’s reputation as a sub-brand.

Obviously, in Mustang’s case, all that’s already there in spades, but with evocative options like Torino, Thunderbird and Fairmont from the Ford stable, and Comet, Monterey, Montclair, Cougar, Meteor and Montego from the now-defunct Mercury pool to choose from, anything is possible. Mustang Torino has a nice ring to it…

More doors are also just one of a string of changes slated for the next-gen car. From 2025, hybrid powertrain options are set to join the S650 range of four-cylinder turbo and Coyote V8 engine line-up. If the latest reports are to be believed, an electric motor will eventually be combined with both engines, perhaps even driving the front axle; this may also explain the all-wheel-drive rumours also doing the rounds right now.

With Australian Mustang sales remaining relatively buoyant even after nearly seven years, and the series holding on to its title as the world’s best-selling sports car for most of that time, it is clear that expanding the sub-brand into new territory would only boost increase its chances of ongoing success.

Though not a fait accompli, Ford must also be thinking along similar lines, as those pesky persistent rumours suggest…

Do you agree that a Mustang sedan makes sense?