Ian Baraclough has spoken of his delight that 19-year-old Rangers midfielder Charlie McCann has switched allegiance from the Republic of Ireland to Northern Ireland declaring that the teenager is intelligent and professional and has a bright future ahead.

Baraclough confirmed that FIFA have cleared the relevant paperwork for the international transfer and that McCann, who was born in Coventry, will this week be included in Northern Ireland’s Under-21 squad after previously playing for the Republic at Under-17 and Under-19 level.

Having lost a number of high profile players to the Republic in the 21st century, landing McCann is considered quite a coup by the Irish FA.

He is highly rated at Rangers, joining the Ibrox club last summer from Manchester United in a deal reputed to be worth £750,000. McCann made his second first team appearance for the Scottish champions on Sunday coming off the bench for Aaron Ramsey in a 3-0 Scottish Cup victory at Dundee.

Northern Ireland skipper and Rangers hero Steven Davis and Baraclough both spoke to McCann about the switch with the latter pointing out the qualities possessed by the youngster.

“Charlie comes across as an intelligent boy, diligent and professional. I met with his mum and dad as soon as I found out there was interest in him coming across to us,” explained Baraclough.

“We are really pleased that last week we got the go ahead from FIFA and that the paperwork is all done. It is something we have tried to be pro-active with in looking for eligibility players. 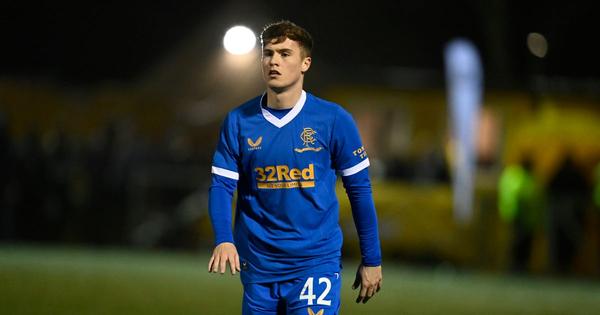 Receive today's headlines directly to your inbox every morning and evening, with our free daily newsletter.

“Charlie will come into our Under-21 squad that will be named in a couple of days. He is in and around the Rangers first team squad and is living with a couple of boys who have been in our Under-19 and Under-21 set-up so he knows them.

“Being at Rangers Davo (Steven Davis) has spoken with him and likes what he sees and he will be good competition for the midfield area. I like the way he goes about his football and I think he could have a decent future.”

Baraclough has also been in contact with Rangers Sporting Director Ross Wilson about McCann, adding: “Everything that is coming out of Rangers Football Club and from Ross Wilson, who I have worked with previously and respect, they like him a lot.

“They wouldn’t have spent the money they did to get him from Manchester United if they didn’t like him and rate him. It is good see that the new manager Giovanni van Bronckhorst has put him in with the squad and given him some game time.”

On his move from South to North, McCann said last week: “I spoke to the staff at Northern Ireland and another few people and everything I have been told has been really positive.

“They have given me positive feedback and told me all the things that I want to be hearing. It sounds like it’s going to be a great adventure.”

He added that fellow Rangers midfielders Davis and Ramsey have been giving him advice during training, saying: “The senior boys – Davo, Ramsey – they always give feedback and try to help you.”