How to Set Up Your Smart Home: A Beginner's Guide

The allure of the smart home is strong. You can unlock your smart door lock with your phone, walk into your house, have the lights turn on automatically, and ask your virtual assistant to make you a cup of coffee. When you're not there, a robot vacuum will clean the place, your smart thermostat will dial down the heat to keep costs down, and you can monitor everything from your phone with indoor and outdoor security cameras.

Though 53 percent of people currently own a smart home device, according to a recent study, the actual reality isn't quite as magical as we've seen in various commercials. There's no simple, singular solution (at least, not yet) that can flawlessly automate your entire house.

Things are at least better than they once were. Home automation used to be a complex endeavor requiring networking, scripting, and DIY skills. But modern smart homes are simple enough that just about anyone can set one up. With a few off-the-shelf products, you can control most of the gadgetry in your house from your smartphone, or—even better—with a simple voice command. But where do you start?

Building the Foundation of Your Smart Home

Many smart home devices—including notable products from Nest, Ring, and similar companies—have their own apps from which you can control their basic functions. Other devices are more generic, using popular standards such as Zigbee and Z-Wave—which are Bluetooth-esque wireless protocols for smart home devices—to communicate with a hub such as the Wink or Samsung's SmartThings. You control those devices through the hub's app instead.

Some products fall into both categories: You can use their apps or a larger smart home platform. But some platforms, such as Insteon and Apple's HomeKit, limit you more than others as to which devices you can use.

With so many different products in so many ecosystems, building a smart home can feel like an overwhelming logic puzzle. But as with any task, you can make it easier by breaking it down into smaller pieces. We recommend starting with one or two gadgets and building from there as you become familiar with how the products work.

Maybe you really like the idea of turning on your lights with your voice, or perhaps you want to be able to lock your door from your phone. Pick a category from the list below and do a bit of research on the available devices—you'll probably find that you can narrow down the field considerably by the features that appeal to you and the compatibility a particular device has with other platforms.

A lot of people start with a smart home security device or several, and sometimes graduate to more sophisticated systems. A smart home security system connects to your Wi-Fi network so you can monitor and control your devices using your smartphone and an app. Entry-level systems usually include some door and window sensors, a motion detector, and a hub that communicates with these devices using one or more wireless protocols (Wi-Fi, Z-Wave, Zigbee, or a proprietary mesh network). You can add extra door, motion, and window sensors to provide coverage for your entire house and build a comprehensive system that includes door locks, garage door openers, indoor and outdoor surveillance cameras, lights, sirens, smoke/CO detectors, water sensors, and more.

For your first few devices overall, try to shoot for products with the widest compatibility you can find, so you can build up your smart home without worrying about future conflicts. Here's a rundown of the key players in the major smart home categories:

How to Control It All

As you grow your smart home, you'll probably want to look into getting a hub so you can integrate your devices with one another. The Wink Hub 2 and Samsung SmartThings Hub are easily the most popular options. Wink offers a simpler, easier-to-use interface, but SmartThings is much more powerful under the hood if you like to tinker. (Both work well with iOS and Android, though, so they're pretty much platform-agnostic).

Both also boast wide compatibility with different smart home devices, though they aren't all-encompassing—nothing is. So take a look at their compatibility pages (Wink, SmartThings) before you buy. We generally recommend avoiding single-protocol hubs such as the one built into the Amazon Echo Plus ($229.99 at Amazon) , which supports Zigbee only—the more protocols your hub supports, the more room you have to grow. 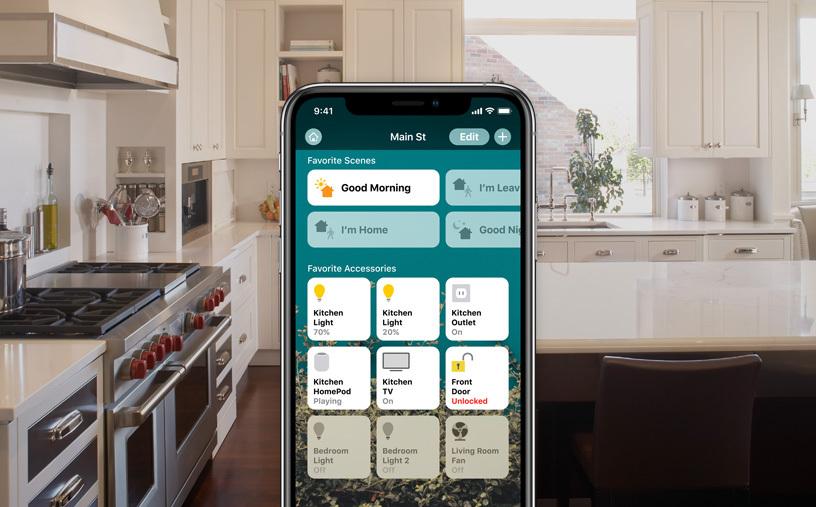 Voice assistants are also a great buy early in your smart home journey. In my opinion, there's nothing better than being able to control your lights, air conditioner, and TV with your voice.

The Amazon Echo and Google Home both boast wide compatibility with different devices (you can see Alexa's list of devices here, and Google's here). Alexa is compatible with more smart home devices and third-party skills, though Google is smarter when it comes to answering questions and knowing about your routine.

As you add devices, you may want to look into advanced controllers such as the Brilliant Control and the upcoming AtmosControl, which put a panel on your wall that can control many of your smart home devices, even those compatible with differing protocols, from one place. (Read about Brilliant Control's supported devices here and AtmosControl compatible devices here.)

The Amazon Echo Show and Google Home Hub ($229.99 at Amazon) can also be great additions for those who want a voice assistant that shows the status of your thermostat or the view from your security cameras.

Best Smart Display$229.99 The new Echo Show fixes every complaint we had with Amazon’s origina

Again, don't assume you need to buy everything at once. Start with a couple of devices, and you'll find yourself learning which kinds of integrations are most useful to you. Think about the pain points in your day rather than just grabbing every device you can get your hands on.

What Is a Smart Home Hub (And Do You Need One)?

For example, I find voice control to be the most useful part of having a smart home, so I base almost all of my buying decisions around how devices work with Alexa. And I don't worry as much about the inter-device automation features, which I rarely use. If you're patient as you build out your smart home, you'll be more likely to get the right devices for the jobs you want to do.

Many of those devices are enticing on their own, but most integrate with voice assistants that let you control them without even touching your phone. They can also work with one another: Your smart lock can tell your lights that you're home so they turn on, for example. Your brain is thus free to focus on other, more important things—like which streaming video service to binge on that particular night.

Smart Homes Could Be Smarter

It's important to note that while these devices can do a lot, they're not as smart as you might think, so don't get too frustrated if your smart home doesn't work as smoothly as you had hoped. No one app controls them all, and no perfect mix of devices intertwine seamlessly. Even if you build your entire smart home around Wink, SmartThings, or HomeKit, there's a good chance you'll need to add another hub down the line for one specific device—or use a folder full of apps to control everything.

For example, the AtmosControl is a wall panel that can control many devices, but it doesn't integrate with Alexa or Google Home—it has its own voice assistant. Chamberlain's garage door openers can integrate directly with your Nest thermostat, but they won't appear in the SmartThings app unless you hack around it with some code. Heck, even SmartThings' ADT security kit doesn't integrate seamlessly with other SmartThings sensors (again, without some community-written code).

As you grow your smart home, you'll inevitably have to find workarounds to get certain devices to talk to one another, using apps such as IFTTT and Stringify, which allow you to create inter-device automations (like "When I unlock the door after 6PM, turn on the lights").

In addition, the ecosystem is always changing. For example, a new service called Amazon Key lets you control your smart lock from your phone—but it works only with ZigBee smart locks. [Editors' note: Amazon has also launched compatibility with a Wi-Fi lock for Amazon Key.] If you have a different kind of lock, you're out of luck. But if you can't find a workaround for some new service, there's no shame in getting rid of the incompatible device and buying one that fits your needs better. Craigslist and eBay have plenty of lightly used devices you can grab at a discount, and you can sell your old one to someone who needs it.

At the end of the day, smart devices should make your life easier, not more difficult. So try not to get too obsessed about creating a seamless, integrated system that'll last forever—you'll end up disappointed. Instead, target those pain points in your day and do the best you can with what you can get now. If you keep your expectations in check, you'll find having a smart home can be pretty convenient—even if it isn't quite like The Jetsons.

Sign up for Tips & Tricks newsletter for expert advice to get the most out of your technology.