How to Manually Rotate Your iPhone or iPad Display without Tilting

Sometimes you might need to rotate your iPhone or iPad’s display without physically tilting the device. Maybe your rotation sensor is broken or it’s physically impossible. If so, there’s a way around it. Here’s how.

An accessibility feature built into iPhone and iPad called AssistiveTouch provides a shortcut menu that allows you to simulate physical movements, gestures, and button presses from a centralized interface. One of its features includes changing the screen orientation without you having to physically move your iPhone or iPad.

RELATED: How to Use an iPhone with a Broken Home Button

To use AssistiveTouch to rotate the screen, you’ll need to enable it first. To do so, open Settings on your iPhone or iPad. 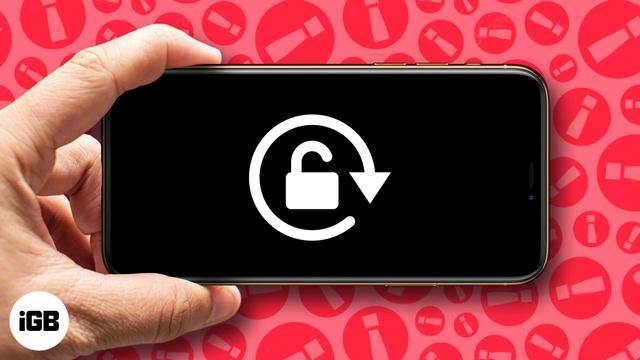 When you flip the switch beside AssistiveTouch, a special button (that looks like a rounded gray rectangle with a white circle in the middle) will appear near the edge of the screen.

Exit Settings and open the app that you’d like to rotate. You’ll notice that the AssistiveTouch button stays on the screen and becomes translucent when not in use. You can drag it around the edge of the screen with your finger if you’d like to reposition it.

When you’re ready to rotate the screen, tap the AssistiveTouch button once. A black square menu with rounded corners will appear on the screen. Tap “Device.”

The AssistiveTouch menu will change and present a new set of options. Tap “Rotate Screen.”

Again, the AssistiveTouch menu will change, this time presenting you with four rotation options. Note that these are four absolute screen positions. They aren’t relative to the current screen position (For example, you can’t keep tapping the “Right” rotation button to keep rotating the screen to the right.).

Tap the rotation option that you’d like to use.

After you tap, the screen will rotate to that position. To change it back, you can use the AssistiveTouch > Device > Rotate Screen option again or simply physically rotate your device until the orientation resets.

If you’d like to lock the screen orientation so that it doesn’t get changed by physically moving your device, open Control Center and tap the orientation lock button (which looks like a circular arrow with a lock inside it).

After that, close Control Center, and your iPhone or iPad’s screen will stay rotated just the way you like it—no physical movements required!

RELATED: How to Lock Your iPhone or iPad's Screen Orientation