How long does smart lighting last?

How long do smart lights last?

Smart lights use LEDs, which reports show last much, much longer than incandescent bulbs. LEDs can last 30,000 to 50,000 hours of output until brightness decreases to 70% of what it initially had. Meanwhile, CFL bulbs will go for 8,000 to 10,000 hours, while traditional incandescent lamps only last 1,000 hours. Applying a little math shows that you could run an LED bulb eight hours a day for 17 years, and even then, you’d only be dealing with a slight diminishment of bulb brightness. If you’re really concerned about making sure your smart lights last long enough, you can always set a schedule so they’re only on exactly when they need to be. 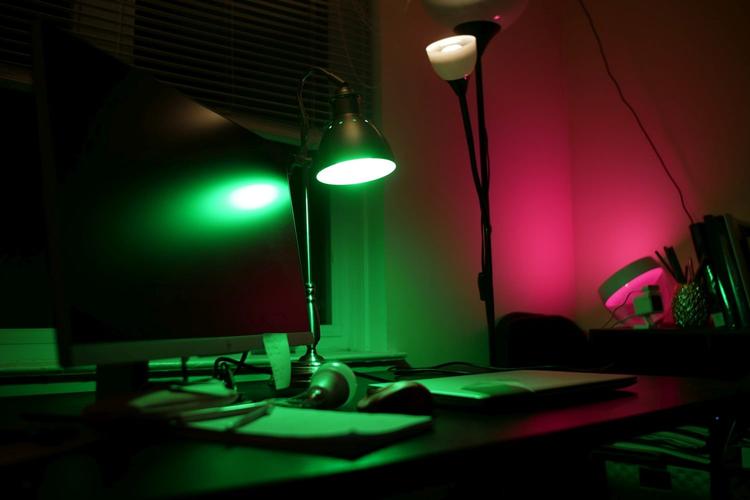 Do smart bulbs burn out?

LEDs will emit less light over time. Rather than burn out from overuse, it’s much more likely that they’ll become unusable due to a wiring fault or gradual decline in color quality before then.

The reason LEDs last so much longer than incandescent bulbs is because they don’t rely on generating heat in order to create light. Incandescent bulbs send their voltage through a filament that gets hot until it starts emitting light as well, but over 90% of that energy is lost as heat. So there’s a lot less stress on the materials at play in an LED, but it doesn’t mean they produce no heat at all. Improper materials that don’t account for the small amount of heat they do produce could result in a burnout. In that vein, LEDs that have been built with poor heat sinks are likely to burn out. Home wiring that’s running at too high of a voltage could equally fry a smart light bulb. There are outliers, however, and in general, you shouldn’t expect your smart lights to burn out in the same way as incandescent bulbs.

Smart bulbs do last longer than non-LED bulbs. One potential pitfall with smart lights versus “dumb” LED lights is software support. For example, Philips Hue light bulbs require a wireless hub to communicate with your phone. After a while, the mobile app stopped supporting voice commands to any Hue bulbs that were connected to the first-generation hub, requiring users to upgrade to the next generation. In these instances, the smart light bulbs themselves worked just fine, but the software backbone they needed had partially failed. Basic functions were still supported, but it should be expected that smart lights will lose some of their functions as software platforms evolve.

At worst, smart bulbs become less useful over time. Diminishing light quality is likely to happen with any LED bulb, and it’s unlikely manufacturers will provide software support for any given product for an indefinite amount of time.

With all of that in mind, hopefully you can pick up a set of smart light bulbs with a clear conscience. These bulbs last a long time, and should serve your home well in providing convenient, colorful lighting. There’s a lot more to LED lighting, though. We’ve got an all-encompassing guide to smart lights that should provide extra background on these products.