Just about everyone with a pulse knows and loves the story of Daniel “Rudy” Ruettiger, portrayed in one of the greatest sports movies of all time “Rudy”.

But many don’t know that “Rudy” might have never turned into a Hollywood hero if it wasn’t for the legendary Joe Montana.

Montana, who got injured and missed the rest of the 1975 season at Notre Dame, witnessed the iconic moment all from the sidelines.

And it was Montana’s absence on the field that gave “Rudy” the opportunity to replace him on the roster. 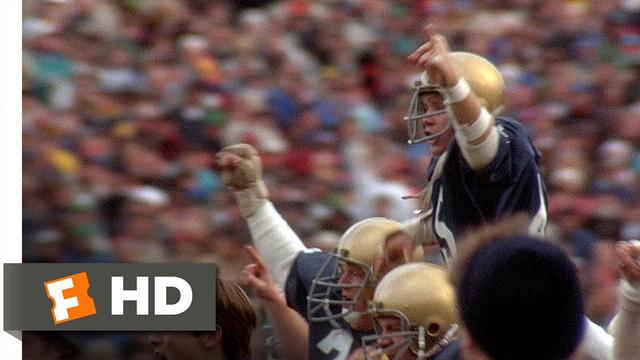 On Nov. 8, 1975, “Rudy” recorded a sack on the final play of the game and was carried off the field after the win.

Montana explained his version of what happened in his new documentary series “Joe Montana: Cool Under Pressure.”

“Guys from all over say ‘tell me about Rudy’. Great story they told, but you really want to know what happened?” Montana said in the docuseries. “Did he get a sack? Yes. And that’s when they came up with the idea ‘Let’s carry Rudy off, it’ll be fun’. And I said, “Aw, no don’t do it.’ But they were doing it for fun. I’m a prankster, they may be a bigger prankster than I am.”

So the famous scene of carrying “Rudy” off the field happened, but Montana said it was more of a prank.

The six-part docuseries will premiere on Peacock on Thursday, and will dive deep into the living legend’s football life from high school to the pros.