His boss said the spy camera proved he was lazy. His response was brilliant

The commerce giant gets the Black Friday party started with deals on everyday gadgets and gizmos.

That's my philosophical thought of the day.

The more humans have become embedded in technology's core, the more it's turned them into paranoid spies.

I was moved to significant raptures, then, by a story told by a warehouse employee.

Taking to Reddit, he offered a texted exchange between him and his boss.

Your boss is texting you in the evening? Quite the definition of ugly.

Continued the boss: "I was reviewing the cameras from our shift today and noticed that you were sitting on a stool for the majority of your shift. This is completely unacceptable behavior and we will be discussing it tomorrow before shift." 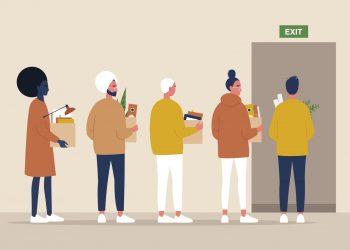 The boss has a way with words, certainly. A way that may encourage some to offer him a less than sly headbutt.

His employee offered a rather more factual response: "I cleared it with [Lead's name]. I have 2 broken bones in my left foot (doctor documented)."

He went on to describe how the warehouse has packing rankings on public display. His efforts that day had placed him first.

"So just to be clear," he wondered. "My impressive performance was overshadowed by the fact that I wasn't uncomfortable enough doing it?"

You'll be stunned into the stupor of a thousand beers when I tell you his boss replied: "I'm really not appreciating your attitude." He added, so wisely: "This type of behavior isn't going to get you anywhere here."

The employee felt forced to respond: "Hey, thanks for wasting my precious off time with some garbage you didn't bother to investigate beforehand."

He went on to observe that it wasn't any wonder that the company had difficulties retaining staff. And then the words that so many have wanted to utter at least once in their lives: "I'm not concered with going 'anywhere' there. It's a toxic environment with ignorant people at the helm. I won't be in tomorrow or ever again."

I pause for your cheering. Especially as the boss actually texted him back, begging him not to be so hasty (Response: "No thanks. have a good life.")

It's worth also pausing, though, to consider just how much spy cameras increase productivity.

They clearly engender both fear and suspicion. It's not just who is watching me, but how much are they watching?

And if the people who install them draw conclusions simply from what they (think they) see, rather than, say, from learning about what people actually do, then perhaps it's time to take out the cameras and trust the humans -- both management and employees -- to do their jobs well.

Our hero came back to Reddit to offer a few follow-up thoughts.

He said, in part: "There are opportunities out there. Don't settle for being treated asless than human. We are better than that. We are what makes the world goround. It doesn't matter what they are selling if there is no one toman the stores, answer the phones, or take out the garbage. Their dreamshinge on us more so than ours do on them."