Google Glass may have been a failure, but the company hasn’t given up on the concept. However, it seems that it hasn’t had much success in developing a new design itself, so it has turned to acquiring startups to bring in new talent and technology.

Two years ago it acquired North, a maker of AR glasses, now it has picked up Raxium, which is developing microLED displays for AR and VR applications. The cost of the acquisition wasn’t announced, but previous valuations were reported to be around the $1 billion mark. 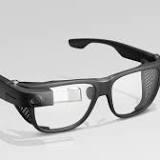 microLED is similar to OLED in that it doesn’t use a backlight, instead each pixel emits its own light. The difference with OLED is in the materials used – microLED promises to be brighter, more energy efficient and to fix longevity issues (like burn-in).

Making microLEDs tiny enough for head-worn devices has been a challenge, however. And they need to be small, since a small, light display needs to fill a significant portion of your field of view. Raxium claims its has achieved pixels as small as 3.5 µm, much smaller than a typical OLED pixel.

Raxium hasn’t produced a mass market device yet, which is probably for the best. North did have a product on the market, the Focals 1.0, a $600 pair of AR glasses (they were $1,000 at launch but swiftly got a price cut). After the acquisition Google shut off the service that the glasses relied on, rendering them unusable.

Anyway, Google is in a race – Apple and Meta have also been acquiring startups that work in the field of AR glasses. Smart glasses have the potential to replace smartphones as the way most users interact with the digital world, but none have caught on yet, perhaps because the technology isn’t ready yet.