Ghost of Tsushima: How to transfer PS4 save data to the Director’s Cut

Will my PS4 save data transfer to the Director’s Cut?

Ghost of Tsushima: Director’s Cut prompts you to transfer your PS4 saved data as soon as you load the game for the first time. Follow the on-screen prompts, and be sure to choose your most recent save. However, if you decide to jump right in, you can still transfer data by selecting Transfer PS4 Console Save from the main menu.

To ensure you’re using your most recent save, go into the base game, load up the story, and manually save. The timestamp will now be today’s date (or whatever day you first play the game). Then, go back into the Director’s Cut and transfer your data. However, this is all contingent on your Ghost of Tsushima saved data already being moved to your PS5’s hard drive or an external hard drive connected to the system. However, we recommend keeping save data on the main hard drive. 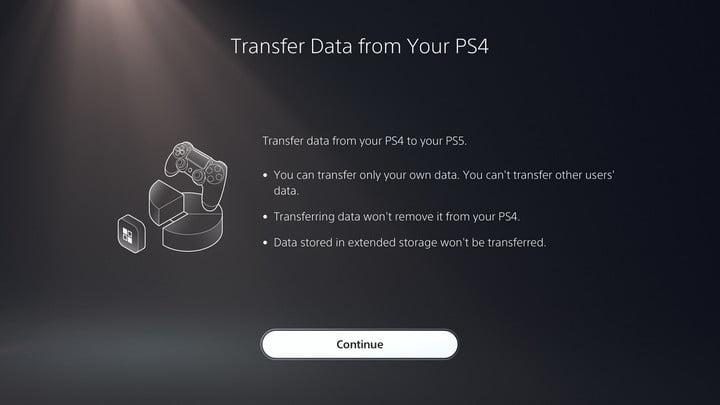 Note: Make sure to backup your current save in the cloud. Initiating a data transfer will overnight any existing save files!

How to transfer saved data from PS4 to PS5

If you’ve just purchased a PS5 along with Ghost of Tsushima: Directors Cut, you’ll want to transfer your PS4 saved data over to the PS5 anyway. Here’s how.

You can also access data saved in your PS+ Cloud Storage if you are a PS+ member.

There are two sides to the “should I start over?” coin. On one side, Ghost of Tsushima fans sunk plenty of hours into Jin’s journey. On the other, Ghost of Tsushima: Director’s Cut is worth a fresh start. You’ll want to recapture the game’s magic with updated graphics, lightning load times, and several new features (which we won’t spoil for you).

However, if you’re looking to jump right into Iki Island, you’ll want to transfer your save data, especially if you’ve already beaten the game and haven’t entered into New Game+. Iki Island unlocks at the beginning of Act II, warning players that Iki is no walk in the flower patch. Furthermore, you can’t return to Tsushima until you’ve progressed to a certain point in the Tales of Iki story. Finally, a handful of alternative dialogue options are sprinkled through the Iki story for those who’ve defeated Khotun Khan.

Thankfully, you can have multiple save files active in Ghost of Tsushima: Director’s Cut, and you’re free to transfer your PS4 data any time you’d like.