How can low recycling rates be increased? That’s the $64,000 question in many countries, especially here in the US. Making it mandatory through legislation is one way, but there’s another way that makes it rewarding and competitive: gamification.

That’s the route taken by ZeLoop, “the eco-friendly app that rewards not littering”. The program is founded on an Ethereum-blockchain-based platform that rewards users with their native cryptocurrency (referred to as an Eco Reward or ERW) for engaging in recycling activities known as Eco Missions.

According to ZeLoop, people are 10 times more likely to engage in an activity if there’s a reward or prize.

ZeLoop was the brainchild of Eric Schaffner, co-founder and CEO. Schaffner has 25 years’ food and beverage experience and is a former manager with Tetra Laval (now Sidel). Notably, Schaffner has a passion for recycling; he believes that not recycling recyclables is akin to “throwing away gold."

His sustainably inspired brainchild, ZeLoop, is a smartphone app-based gamified plastic recycling program with prizes awarded to the most active collectors. These have included a Nikon D3500 camera for a fifth-place finisher. Users download the app, which is available at the App Store and Google Play Store, with direct payments made via the user’s registered credit card.

The program is currently focused on PET bottles, though it offers a seamless platform for other types of recyclables in the future.

The program is expanding with more users and countries.

There are more than 12,000 registered users in more than 140 countries.

The gamification centers on Eco Mission challenges where top collectors are rewarded with prizes selected by the company; Sidel (Group Tetra Laval) and Schneider Electric are some of the companies that have organized such challenges.

“A collaboration agreement has also been signed with Reckitt Benkiser Middle East,” says Schaffner. “We have also attracted organizations and businesses that are representing ZeLoop in their county, these include France, Zambia, Honduras, and Chile to name a few.” 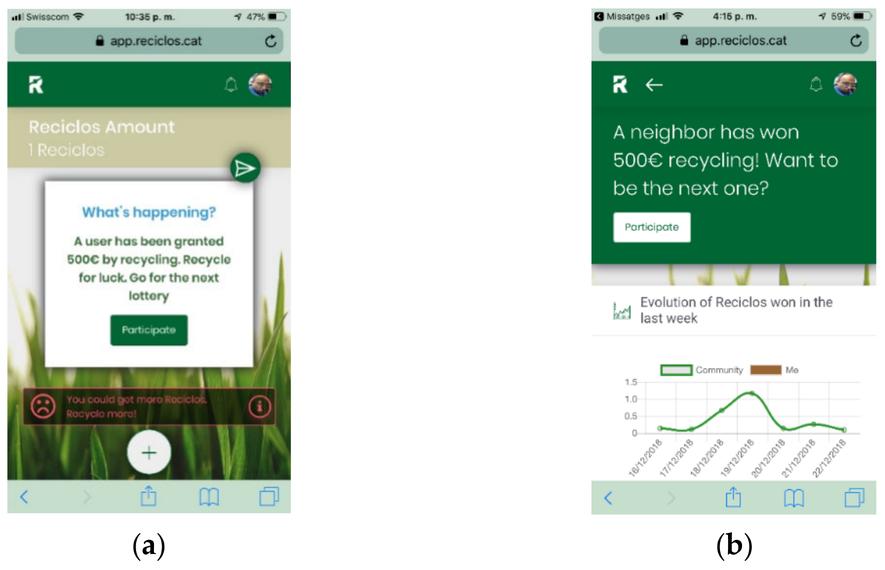 “We are about to release a new plogging [Ed note: refers to recycling while jogging] feature where users will be rewarded with our crypto-token, the Eco Reward for steps they take during plogging sessions providing they have collected trash along their way,” Schaffner explains. “This extends our reach toward sport communities willing to fight littering with ZeLoop and will strengthen our position as a movement for fighting pollution in a unique, incentivized way.”

They launched ZeLoop Impact for those who have no time to collect used plastic bottles. “It’s a cool browser extension that allows sponsorship of a non-government organization (NGO) we have curated for fighting pollution,” says Schaffner. “It’s free for members. Users will generate commission to the NGO while shopping online."

Another new twist is ZeLoop Academy, which is focused on education to help change consumer behavior. It’s a unique e-learning program on sustainable life with micro-learning sessions blended with call to action and with an embedded reward, the Eco Reward.

“It will be marketed to businesses’ employees but will be offered to the family of the employee as well,” says Schaffner. “We believe one must work at the family level to anchor pro-environmental habits on the long term.”

Cryptocurency has special appeal to Millennials.

“For most users, the crypto element is not the main driver for change and not perceived,” says Schaffner. “We are targeting a growing portion of Millennials who are familiar with the blockchain and the crypto mechanism. Cryptocurrency is a new motivation to get them acting for a cleaner world. The user growth in Vietnam and Indonesia is a clear demonstration of the traction we can get on sustainability vertical [PET bottles] using the blockchain vertical.”

Another change made in the name of sustainability: ZeLoop moved from Ethereum to the Binance Smart Chain to "dramatically reduce energy consumption," according to Schaffner.

There have been nearly 5,000 mapped collection points in 49 countries by users, according to Schaffner. “This saves as much carbon as would be emitted by driving 3.7 million miles,” he adds.

The Nestlé Pure Life Eco Mission, the challenge that was run in the United Arab Emirate for 6 weeks, collected more than 52,000 bottles with the top collector recording 6,000.

Notably, the event created large-scale awareness on the brand’s CSR involvement with 5.7 million views on social media and through PR.

ZeLoop app is a platform for other eco-minded programs.

“It can be used for other recyclables and for eco-friendly gestures like car-sharing, for instance, that can plug into the blockchain reward engine we developed and earn the same Eco Rewards,” Schaffner says. “This would multiply the frequency of users to act positively for the planet while being rewarded.”